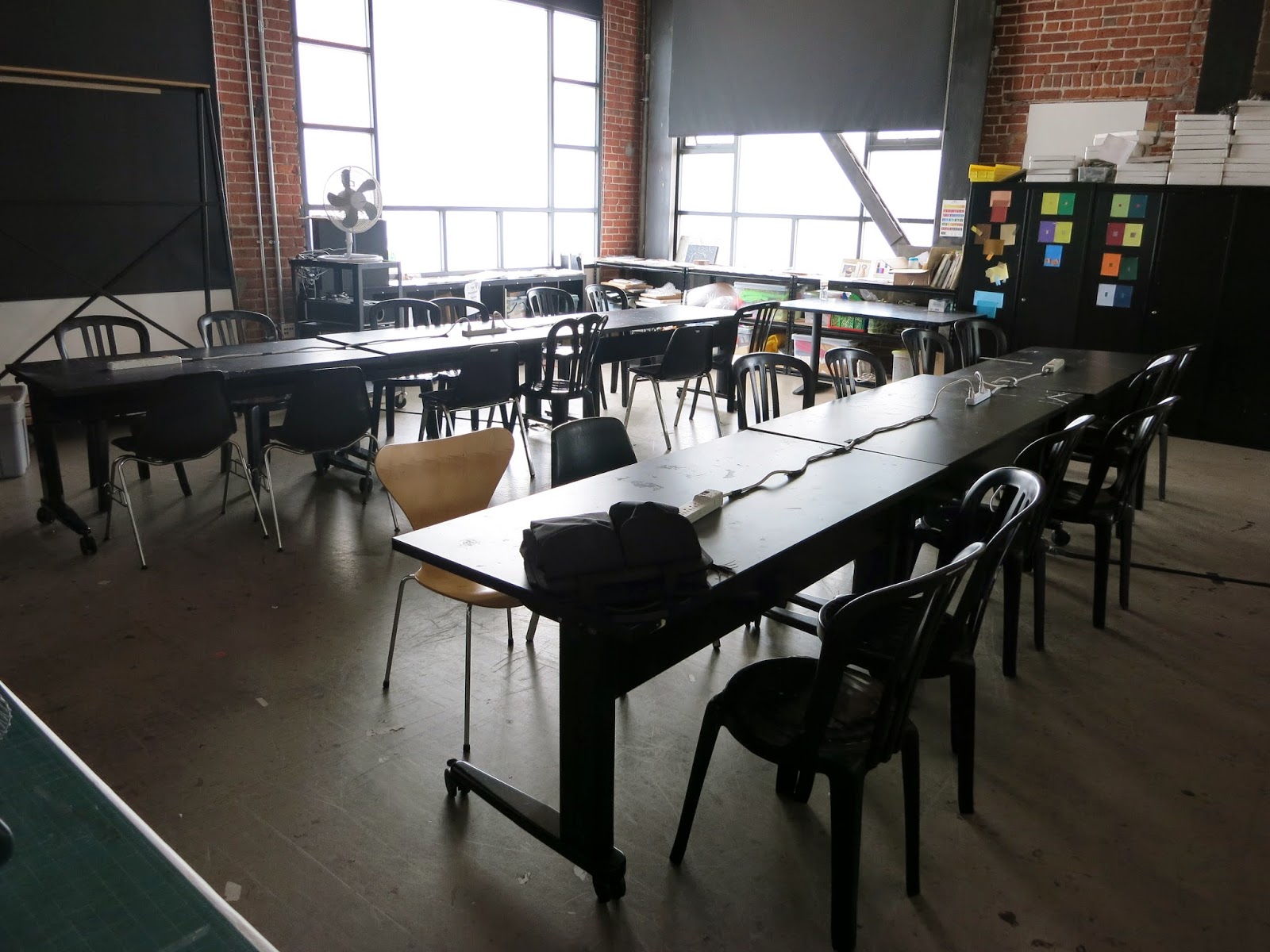 The calm before the storm.  Would we be able to handle 24 students?  Would the power be enough?  Would the combined smoke of 24 irons set off the fire alarm? 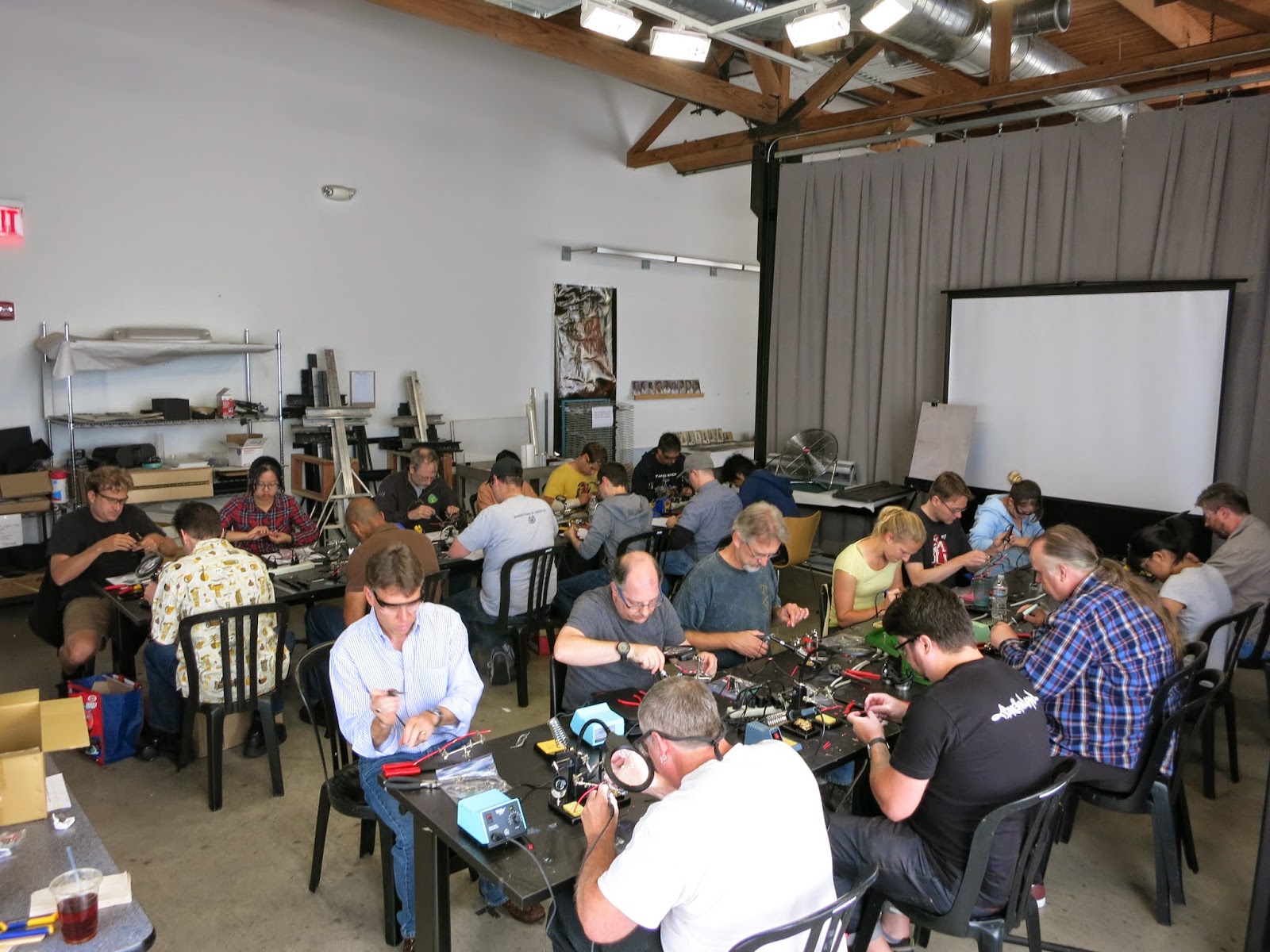 There was a total of 23 people that showed up for class.  We set up the tables in two rows of three tables, four students per table.  Checking with our facilities people, we had two 20A circuits available.  We ran an extension cord from each circuit to the center table of each row, and plugged a power strip into that.  We then ran a power strip to each adjoining table, so that there was an outlet for each student.  Gaffer tape ensured that nobody would trip on a wire and cause calamitous injury to the other students. 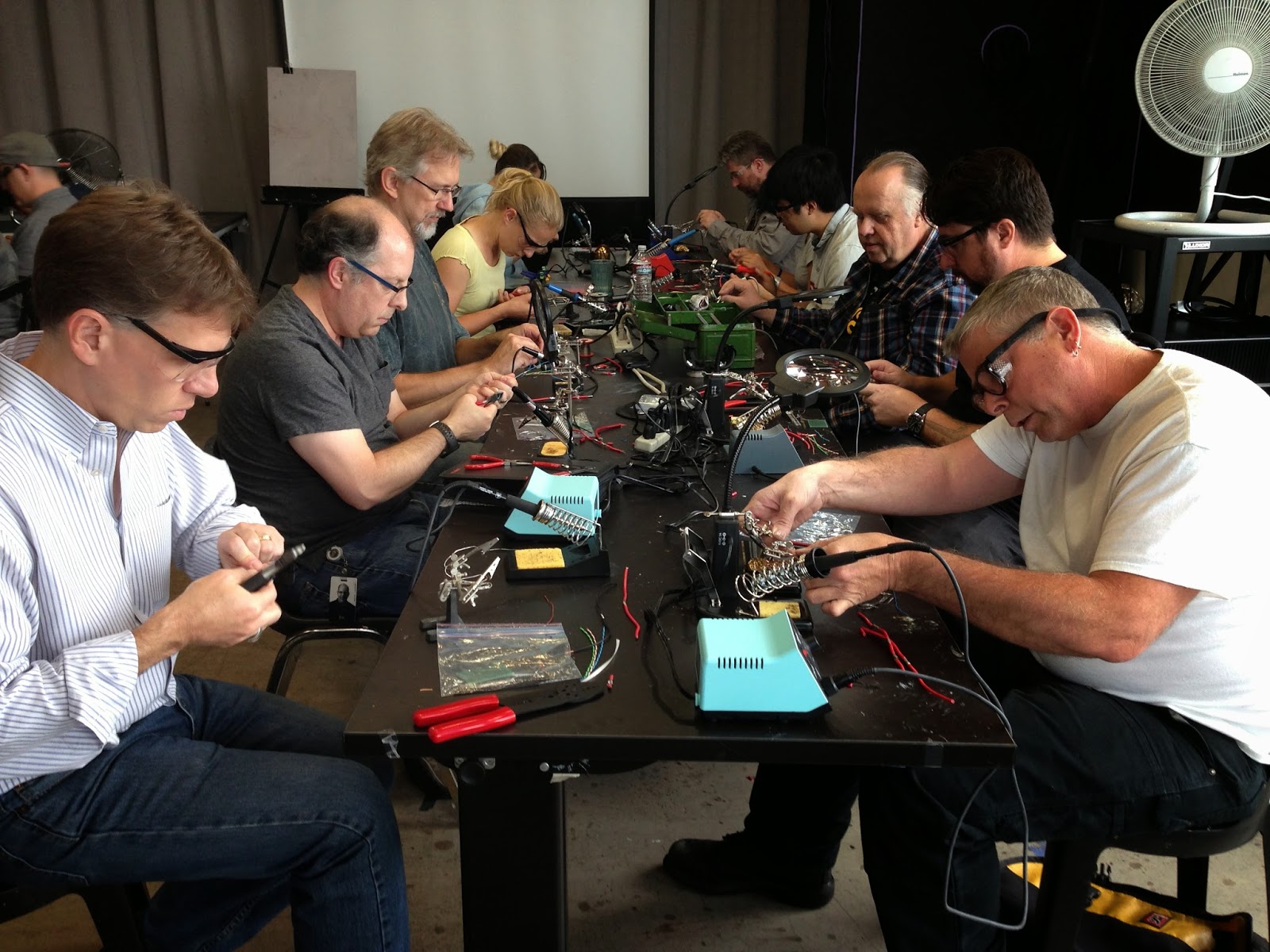 Everybody did well.  We covered the syllabus in just under two hours.  There were lots of new Weller irons being taken out of the box.  I'm sorry I didn't use an Amazon affiliate link!

Much appreciation to Tom Duff (who has been fiddling with electronics longer than I have been alive!) and Josh Minor for helping out, and Shaun Brown and Victoria Yu for assistance in setting up. 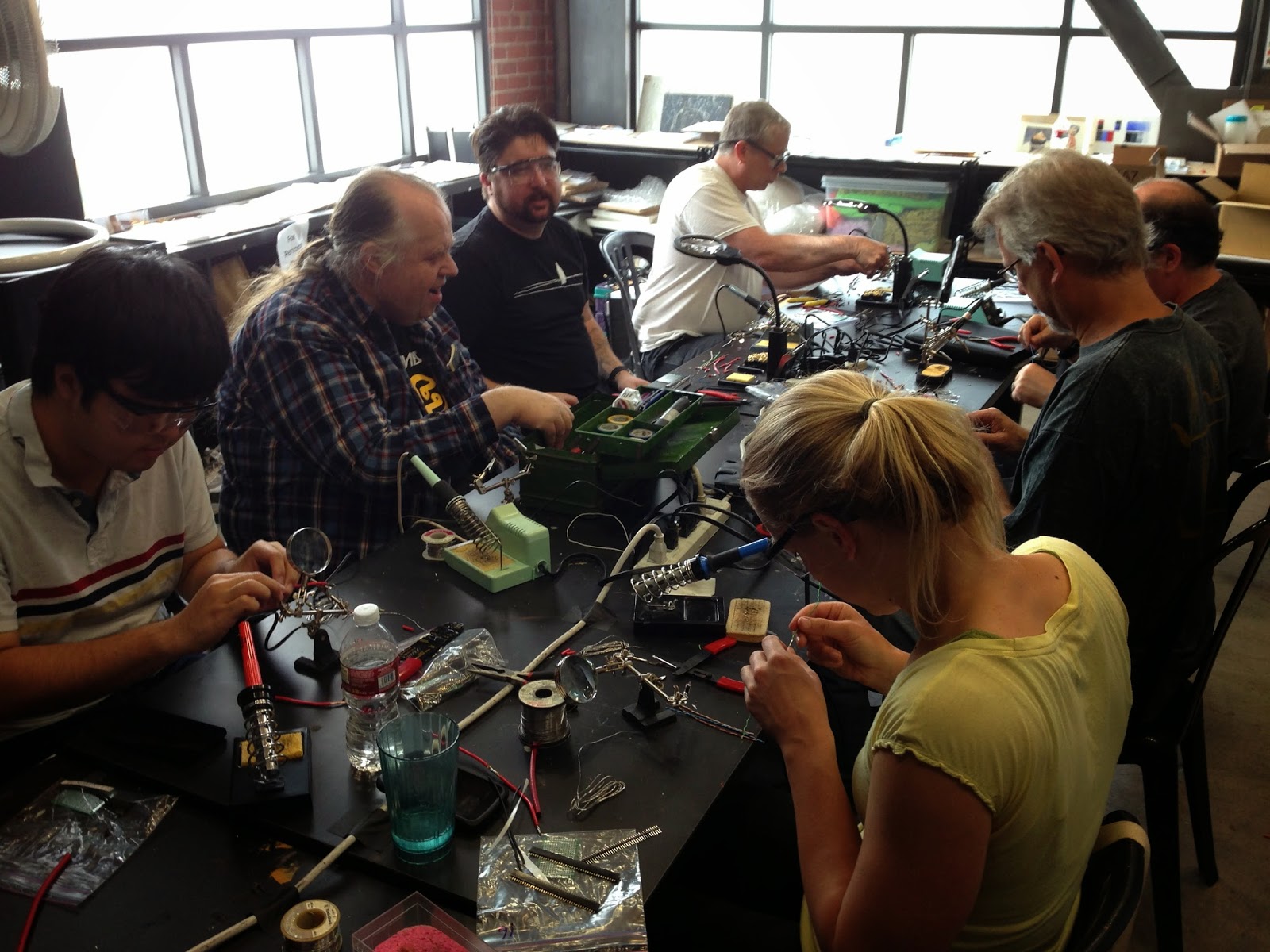 Some notes to put in the syllabus: 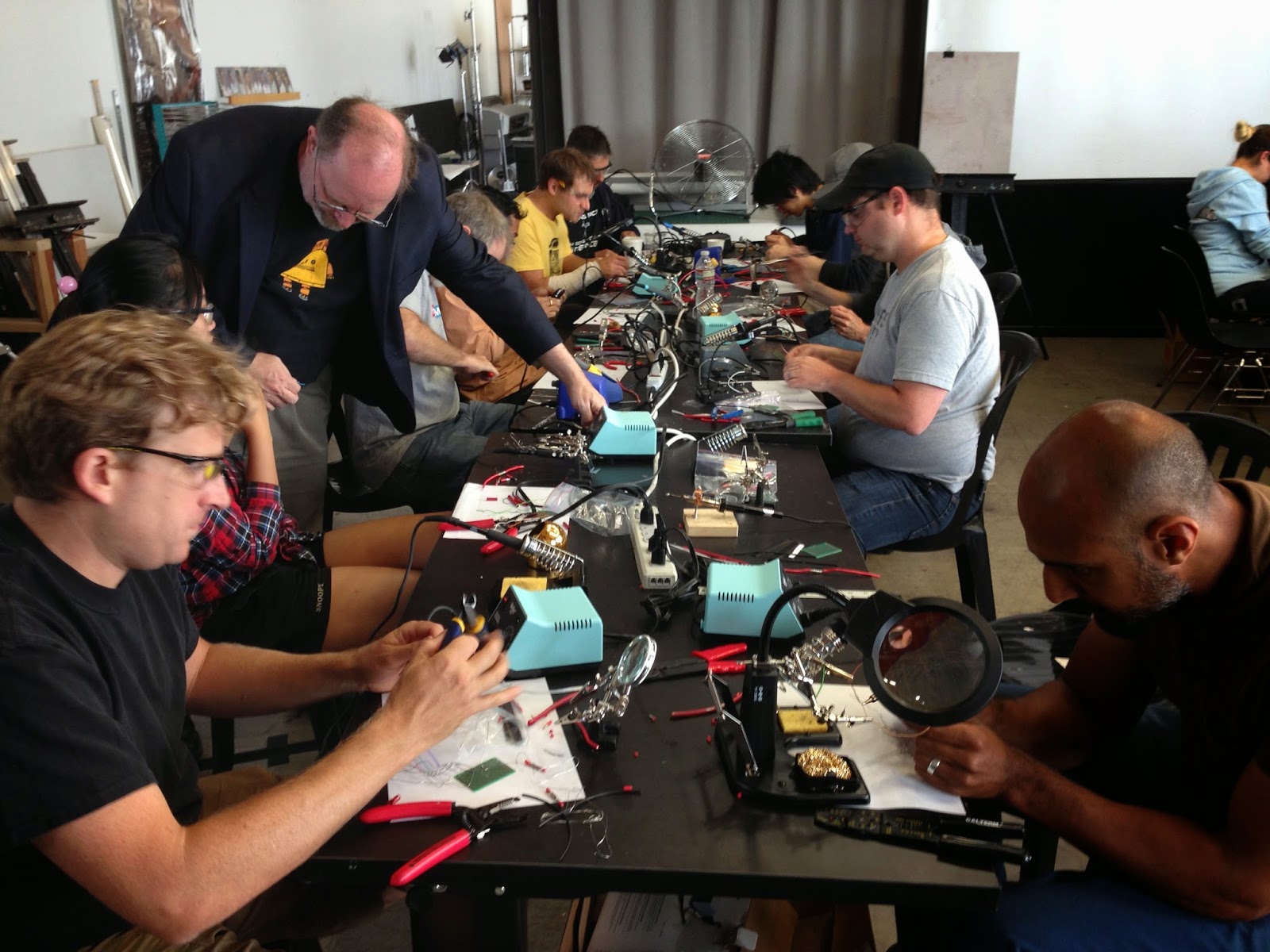 The Khan Academy-style class seemed to work pretty well.  Even with 24 students we were able to jump right in and start practicing each skill.  It was interesting to see the progression in skill as students would make several identical solder joints.  Especially on the PC Board soldering where you could look down the row and see the tangible improvement on each successive joint. 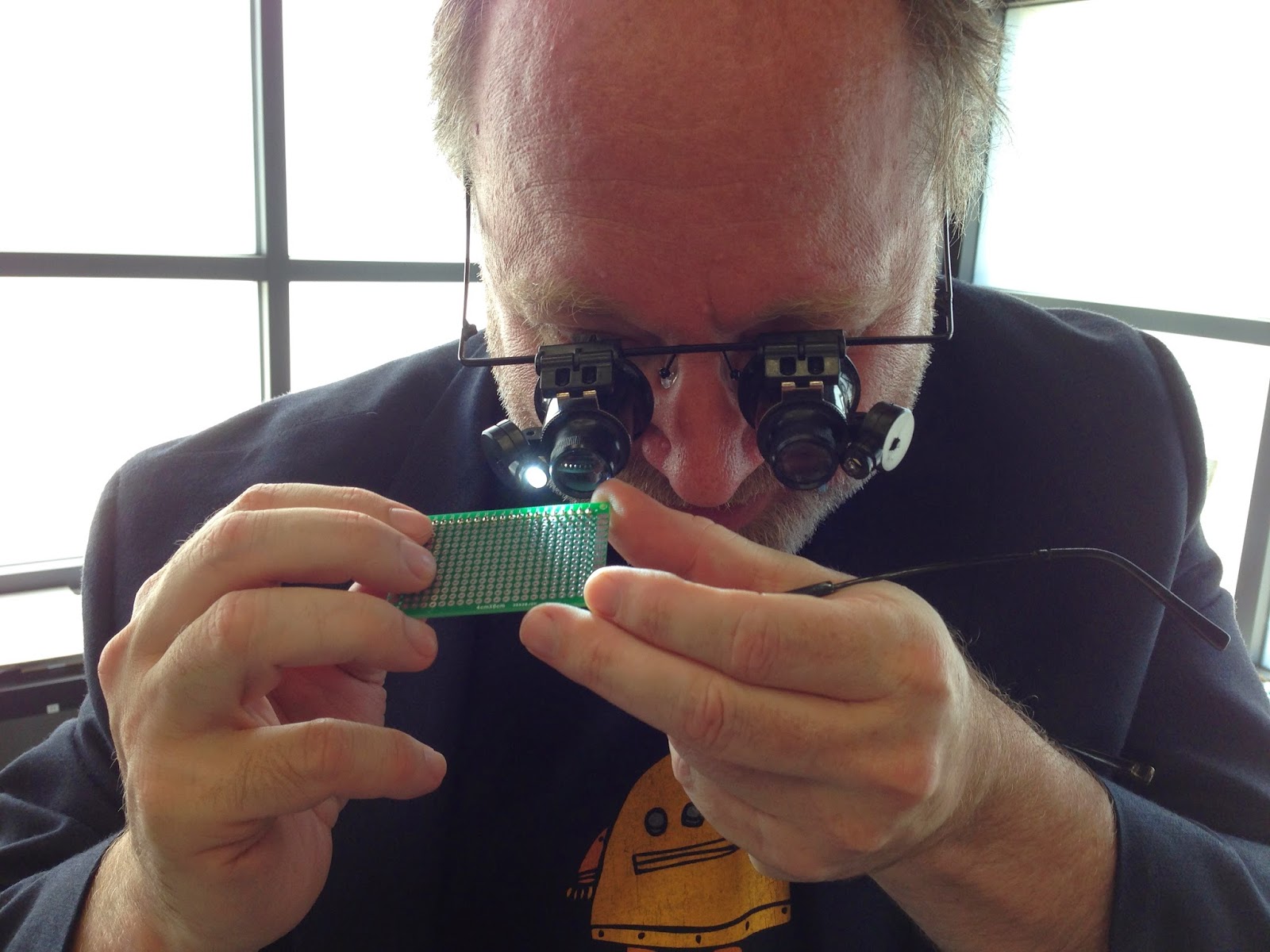 Hmm, how's your work? After a deliberate and careful examination the instructor exclaims, "A textbook job!"