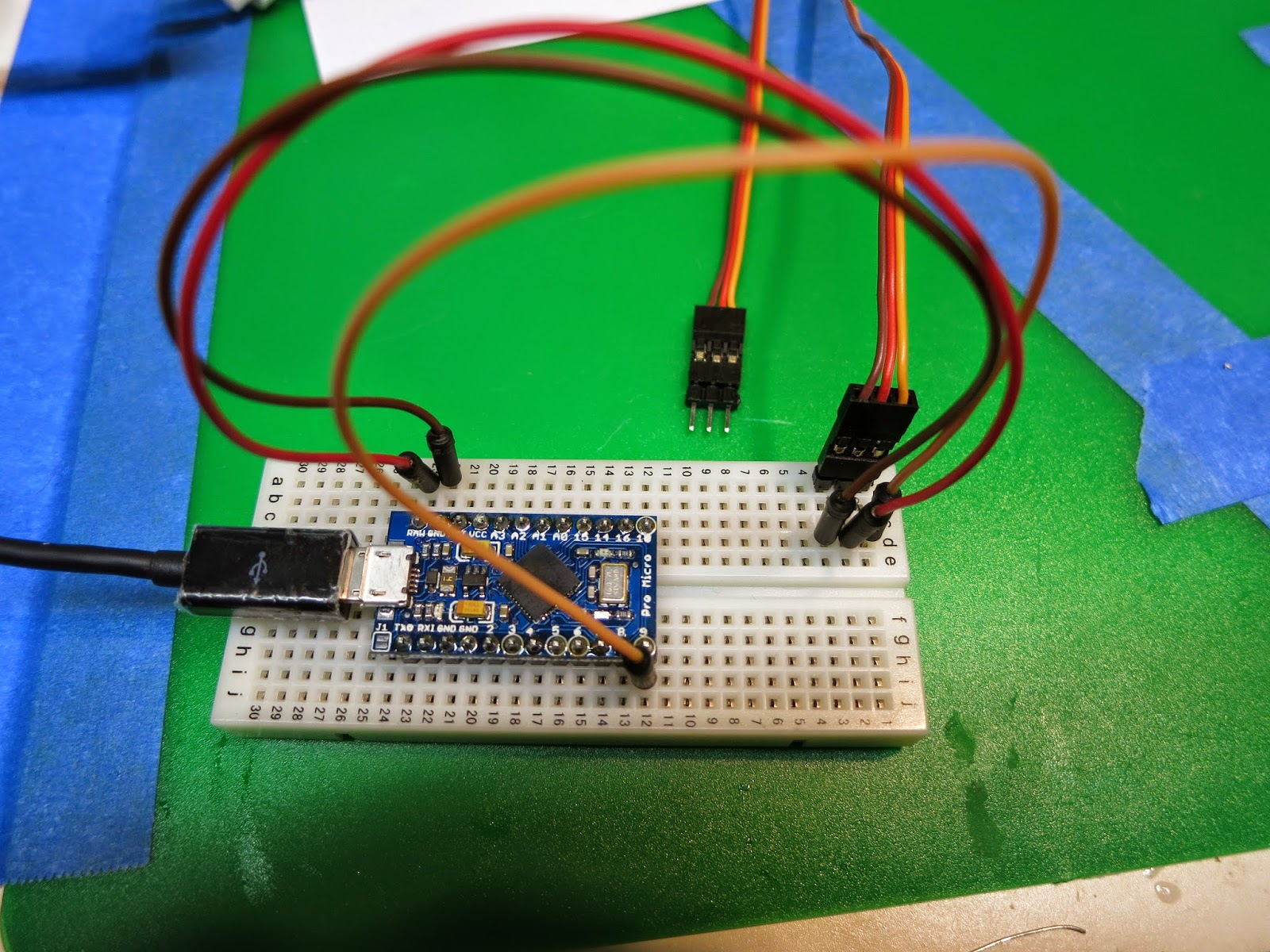 When you're ready to modify your servos to be continuous rotation servos, it's important to test the servos at three stages of the work: 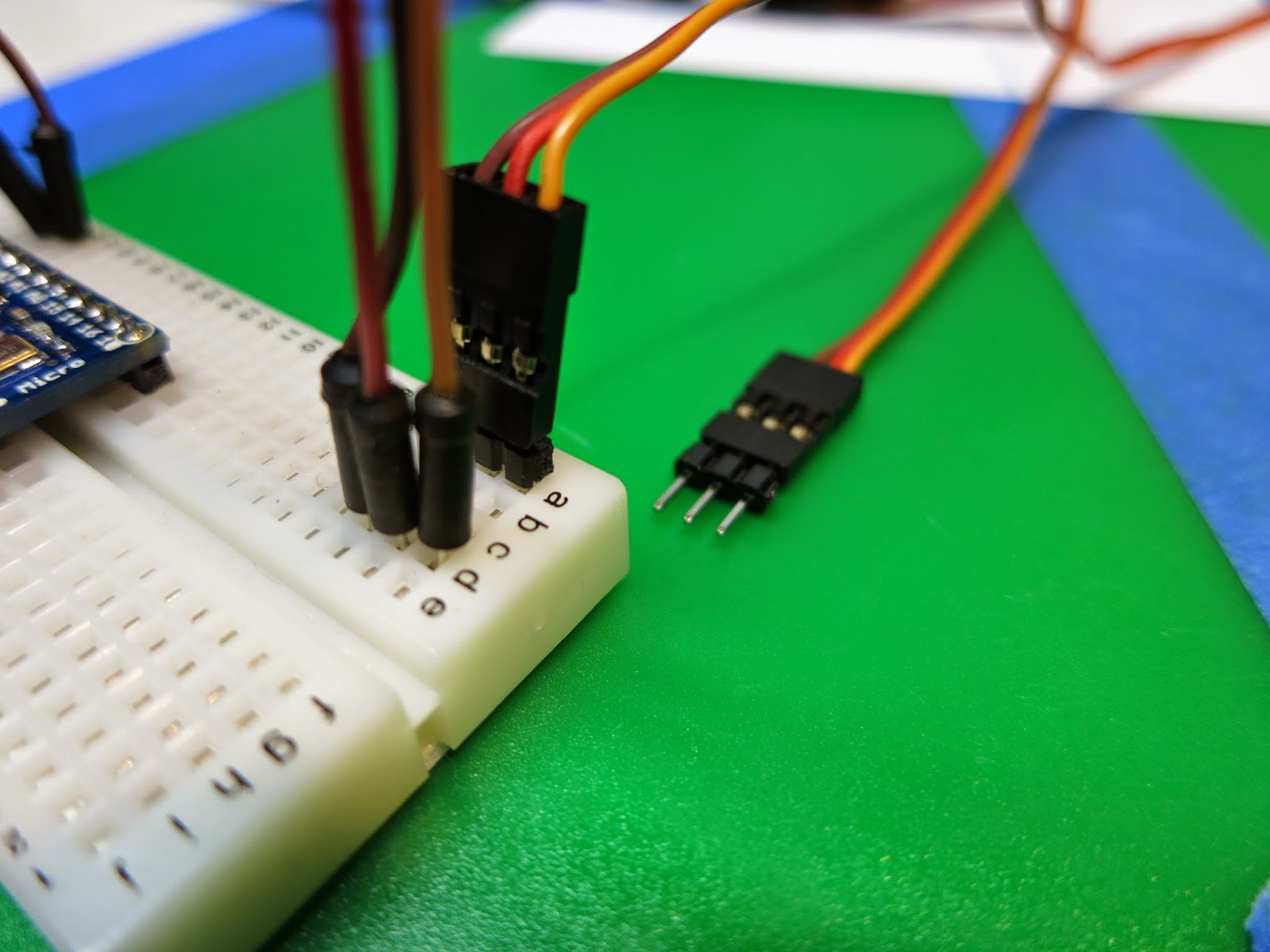 Here's a simple servo tester you can use if you don't have a store-bought tester.  Wiring is simple:

and then run the ServoTester sketch.


Once the sketch is downloaded and running, you will need to use Putty (Windows) or screen (Mac) to talk to the program, with commands similar to these.  You will need to set the com port (Windows) or serial device (Mac) appropriately
Default operation is to move the servo continuously, but you can also change the specified position manually.  Commands are:
blogodex = {"toc" : "ArrBot", "idx" : "Servo  Tester"};
Posted by Mark Harrison at 7/21/2014 12:57:00 AM