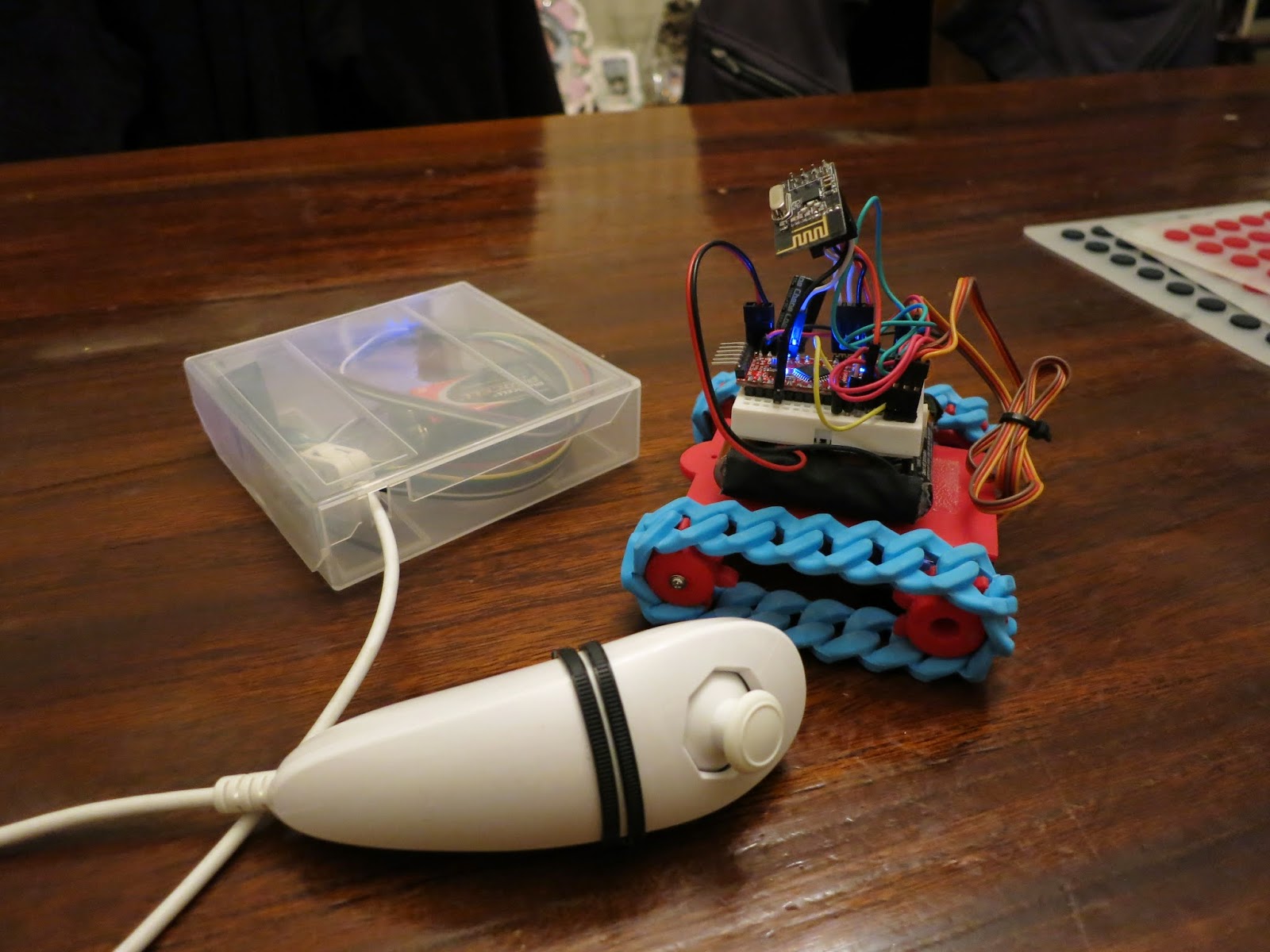 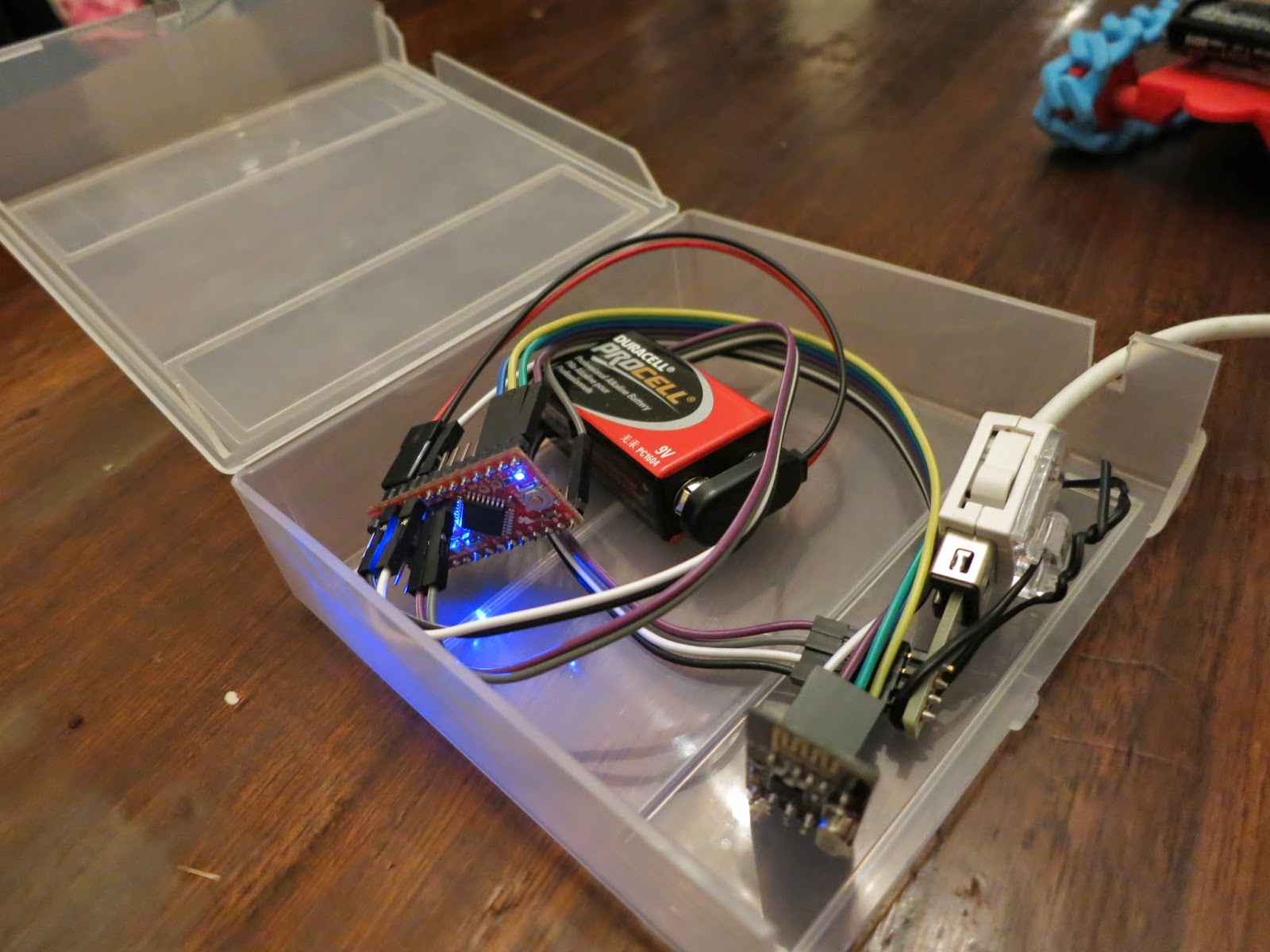 I put the ArrMote electronics in a box to keep everything tidy. A plastic box  There's a small hole for the Nunchuck wire, providing strain relief for the unit.  The Nunchuck adapter is likewise twist-tied to the Nunchuck Connector.  I think I'll put a switch on the outside... right now you have to open the box and attach the battery to the Pro Mini.  The battery could be smaller, as low as 3.3V. 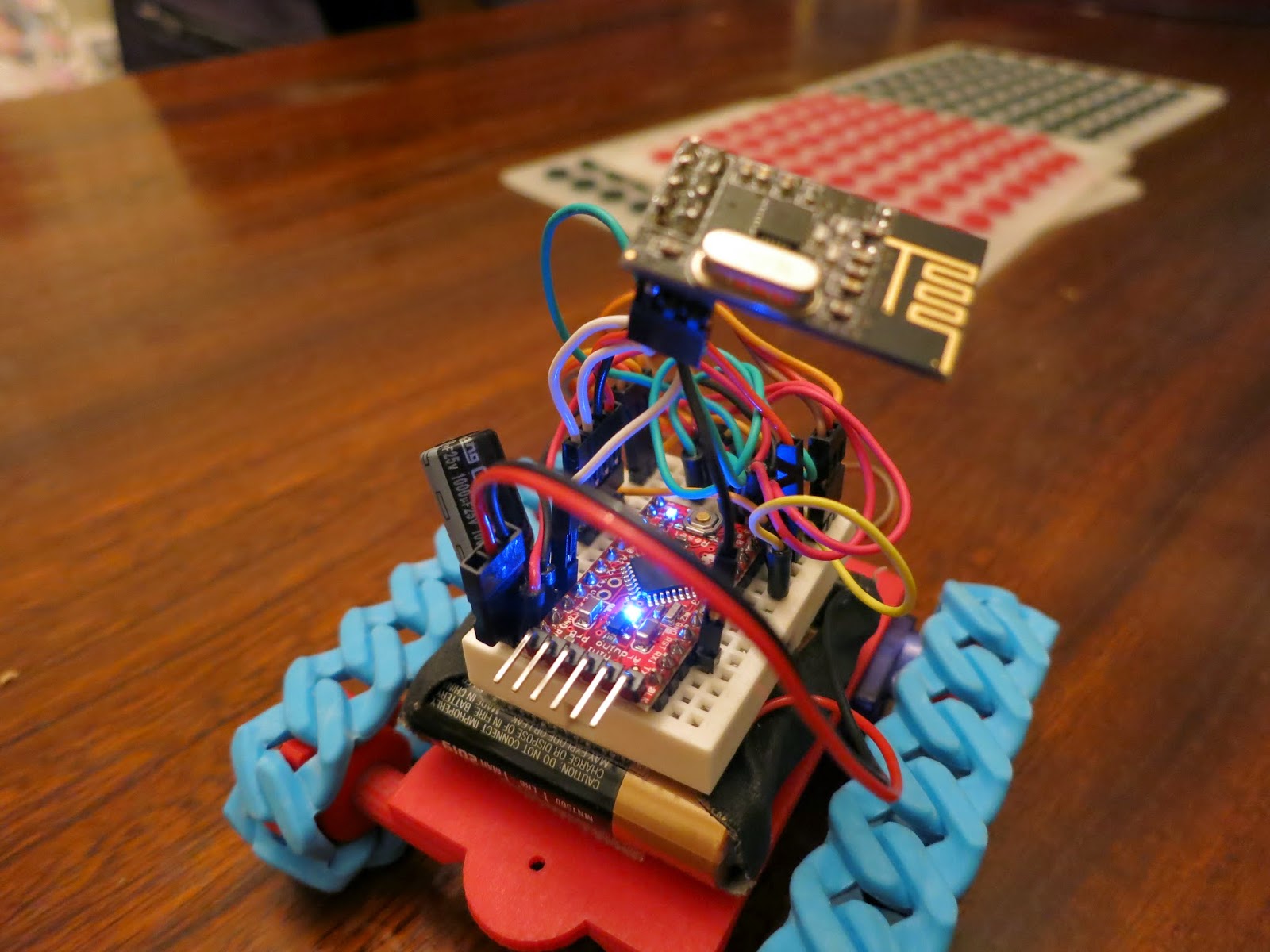 I did some fiddling with getting the nRF chip a bit tidier.  I ended up using some short servo wires which were just long enough to raise the radio above the other wires.  The 1000uF capacitor is way overkill but I had a bunch sitting around. 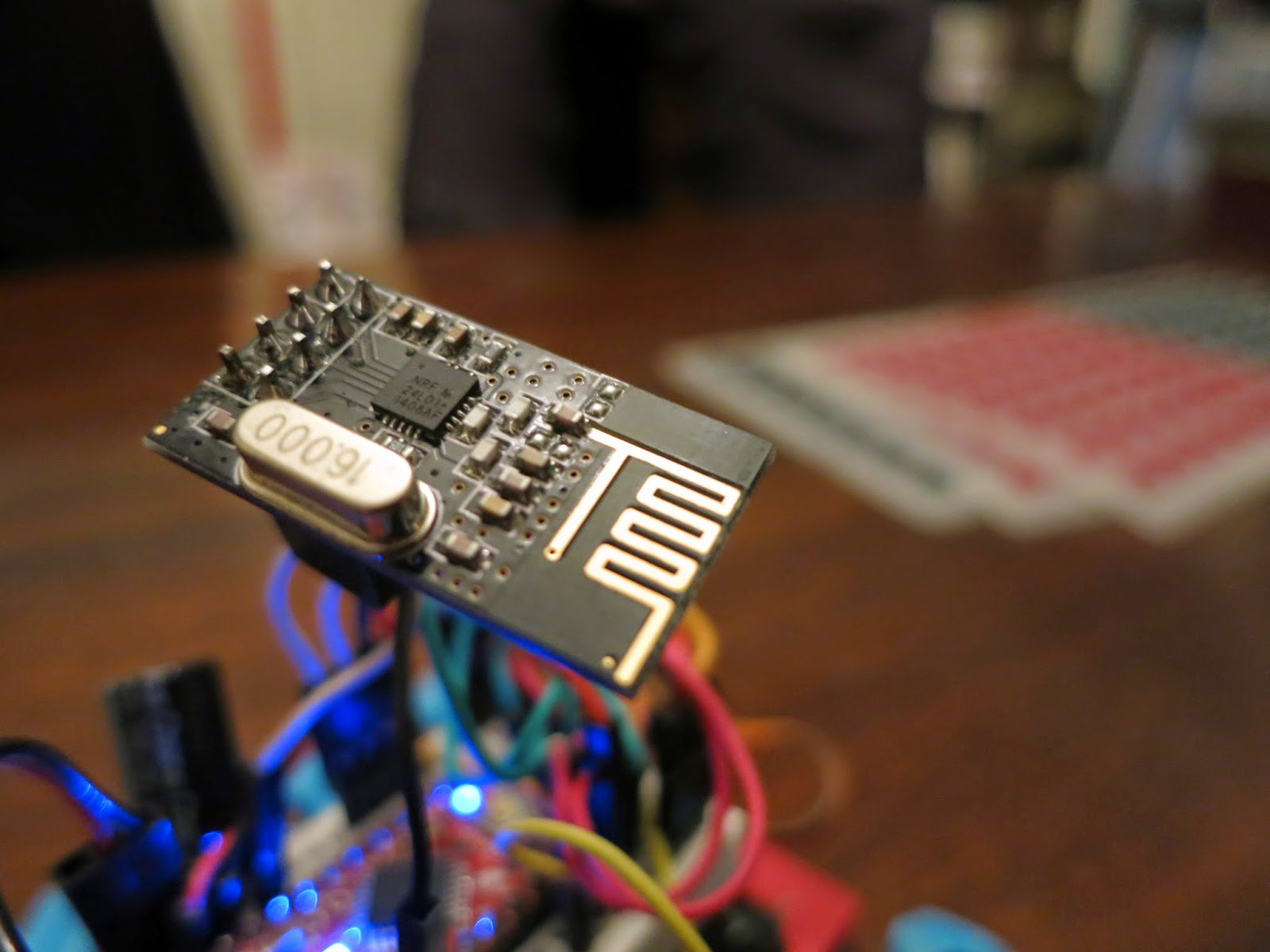 Here's the nRF24L01+.  It is really neat and provides some pretty amazing capabilities considering its $1 price tag! 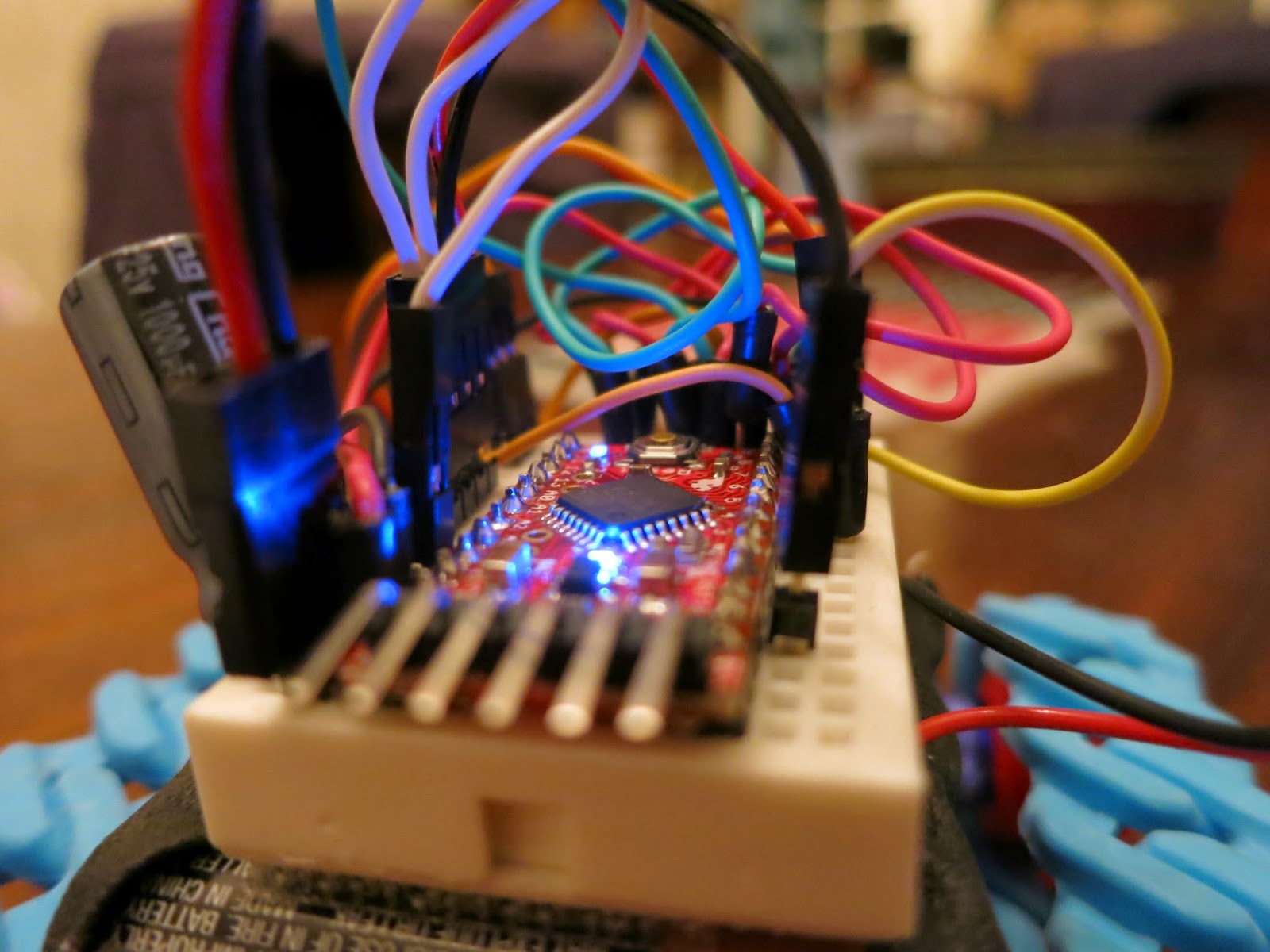 I think the Pro Mini 3.3V running at 8MHz is officially my favorite Arduino chip these days.  Be sure and get a 3.3V FTDI cable! 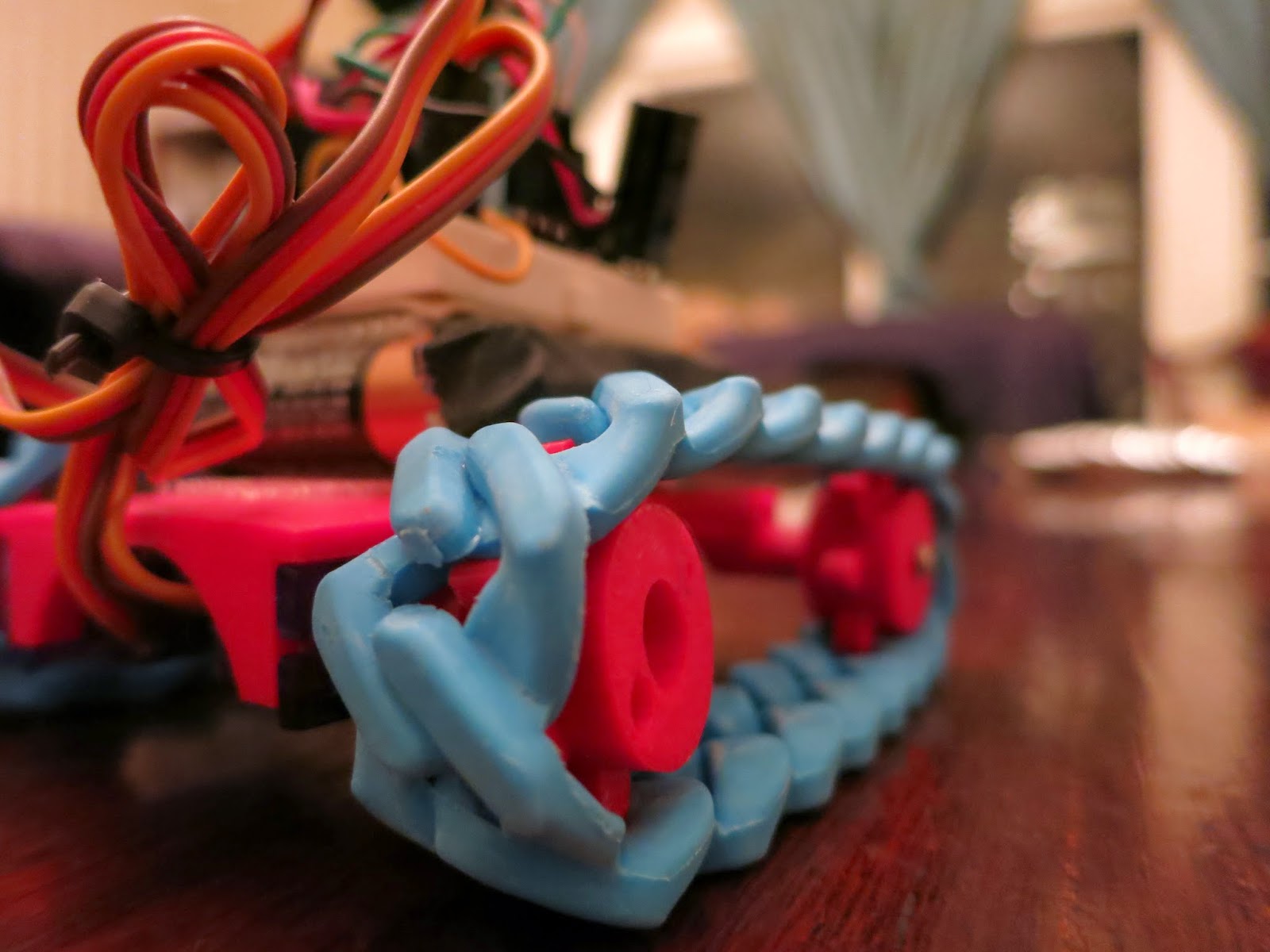 The bracelet treads seem to be holding up pretty well.  If you have a dud bracelet it will separate almost as soon as you start using it.  If that doesn't happen it seems it will keep going for quite a while.

Here it is rolling around!!