Here's the aileron controls spelled out.  Apparently my brain constantly works backwards on this.  Ironically I do all right when flying, but when setting up I consistently get the ailerons reversed.

All directions are relative to facing the front of the plane.  I should therefore probably say "port" and "starboard", but there's even less chance I'll get that right.


The same information in a table: 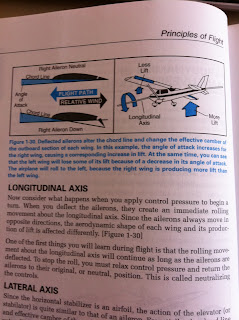 Andreas gave me this page which I'm guessing is from when he got his pilot's license.