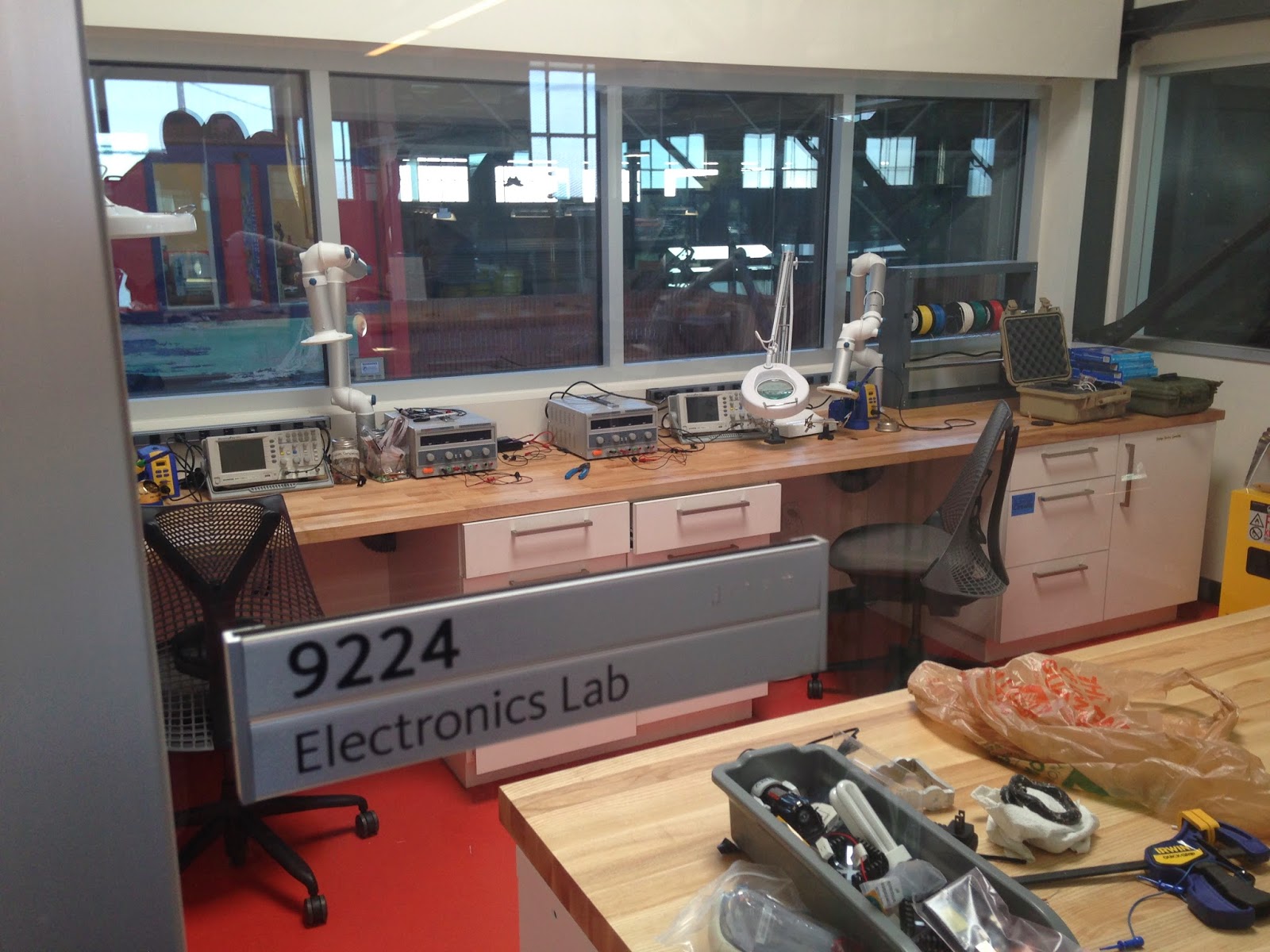 I went with some coworkers on a field trip to Autodesk's amazing Pier 9 workshop.  It's the same space where Instructibles has their office.  There's a great overview of the space here, but I took a few pictures of things that caught my eye to post here.  The Autodesk people were great hosts and really sharp people. 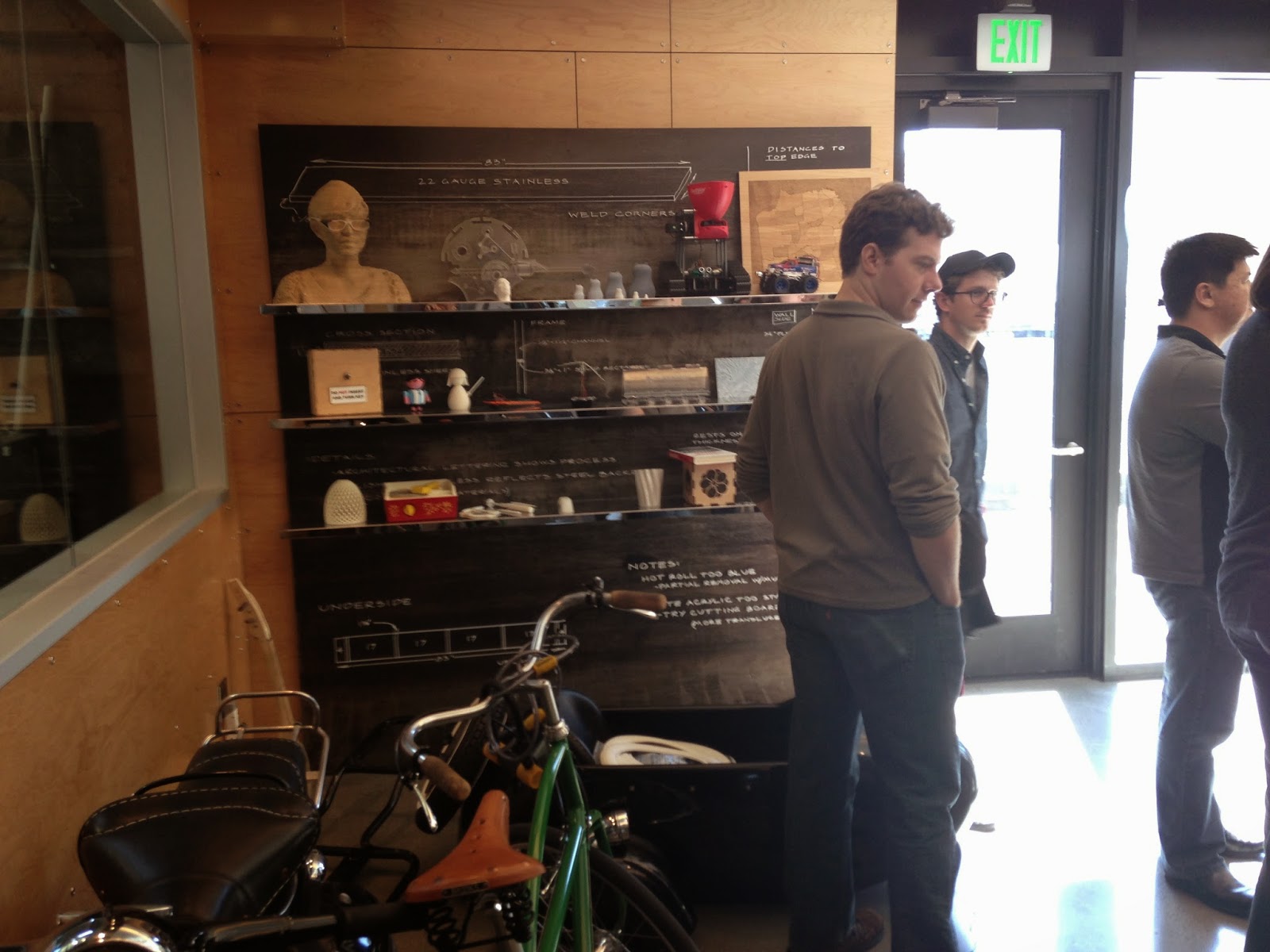 As I recall, they have six or eight main areas... woodworking, kitchen, metalworking, milling and cutting, whatever it is that 3D printing and laser cutting is called, electronics, and sewing.  There's a mold-making room as well.  On this shelf are a few of their interesting projects. 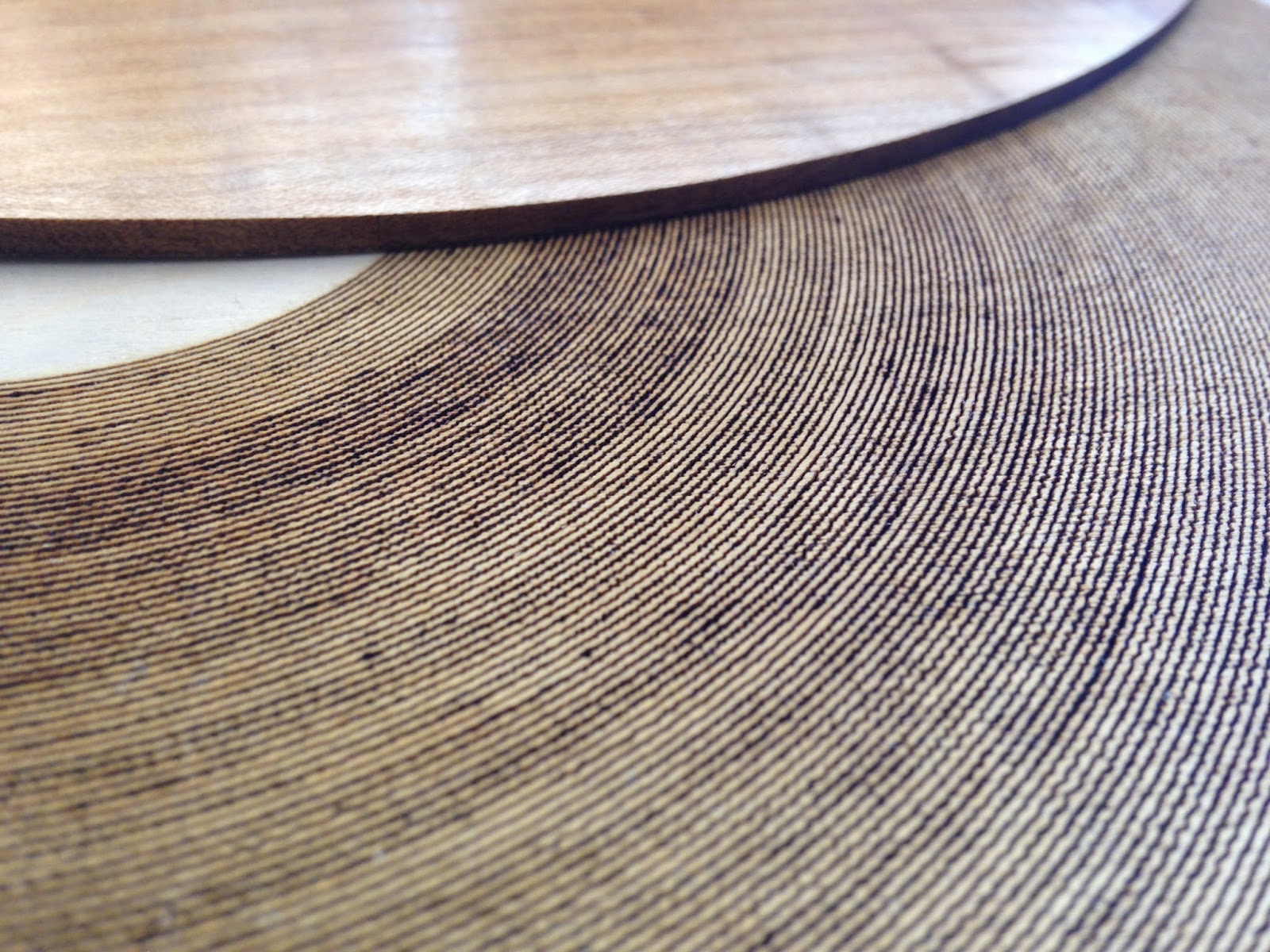 Here are some records that were made by laser etching maple disks.  I missed the name of the person that made them, but she had some 3D printed records as well.  The key insight was taking an audio file, pulling the waveform, and mapping that onto the disk.  Neat! 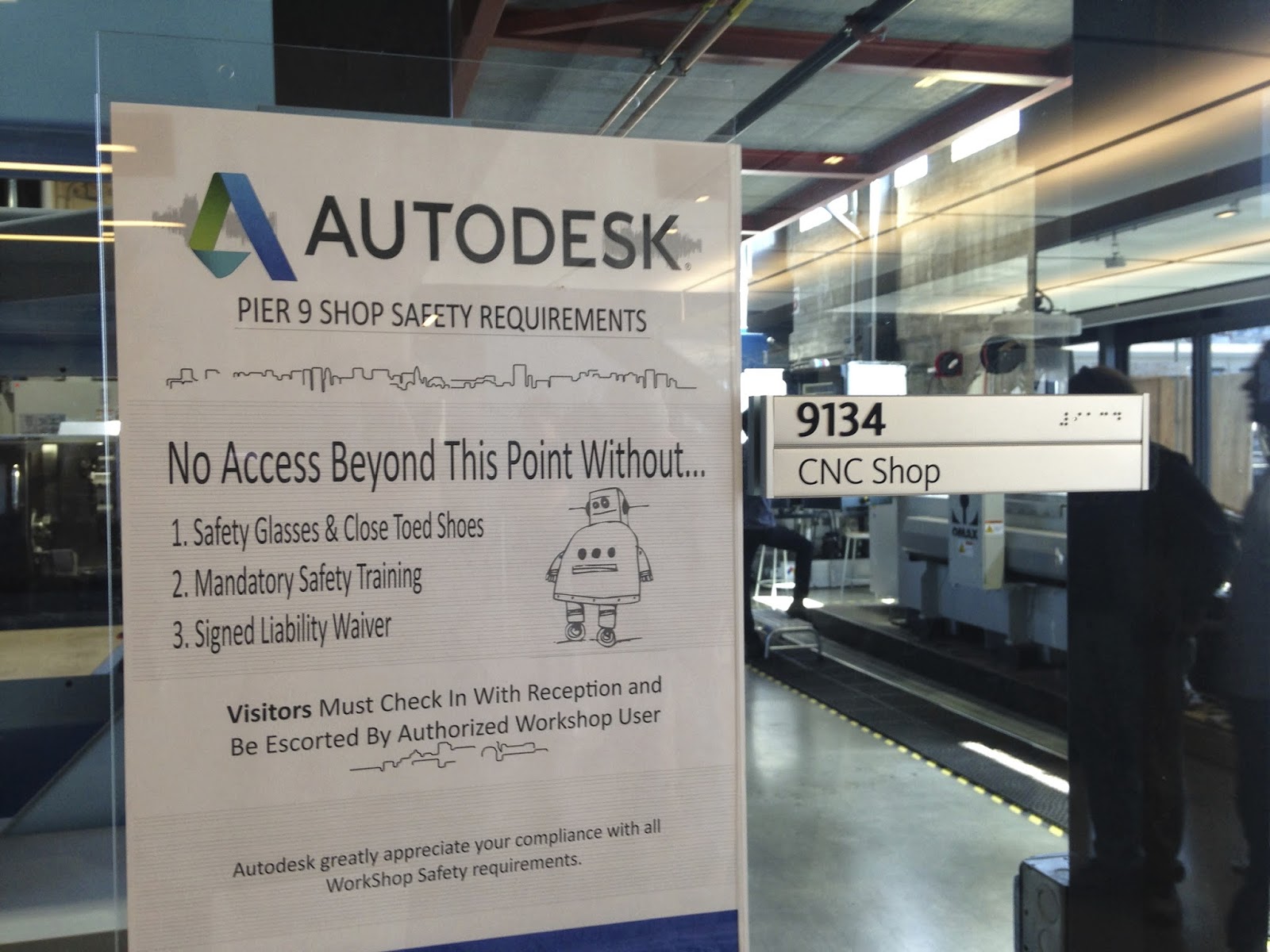 Norm Abram would approve.  There's a bin of safety glasses at each of the doors. 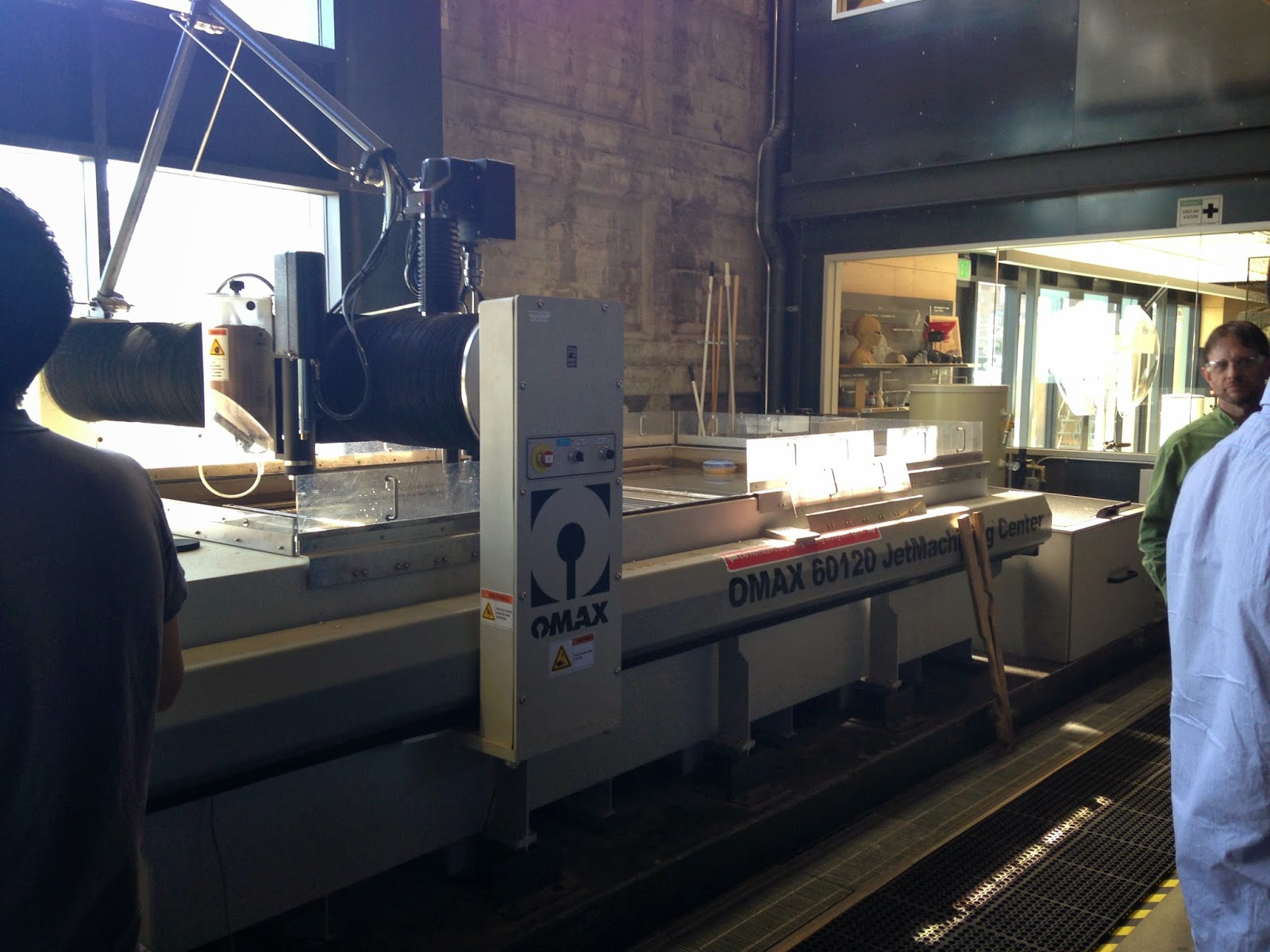 Here's the water cutter.  It can cut through 4 inches of steel plate.  Current software for driving these kinds of devices is not particularly sophisticated.  You could give a toolpath that would cut the machine in half and it would cheerfully execute it. 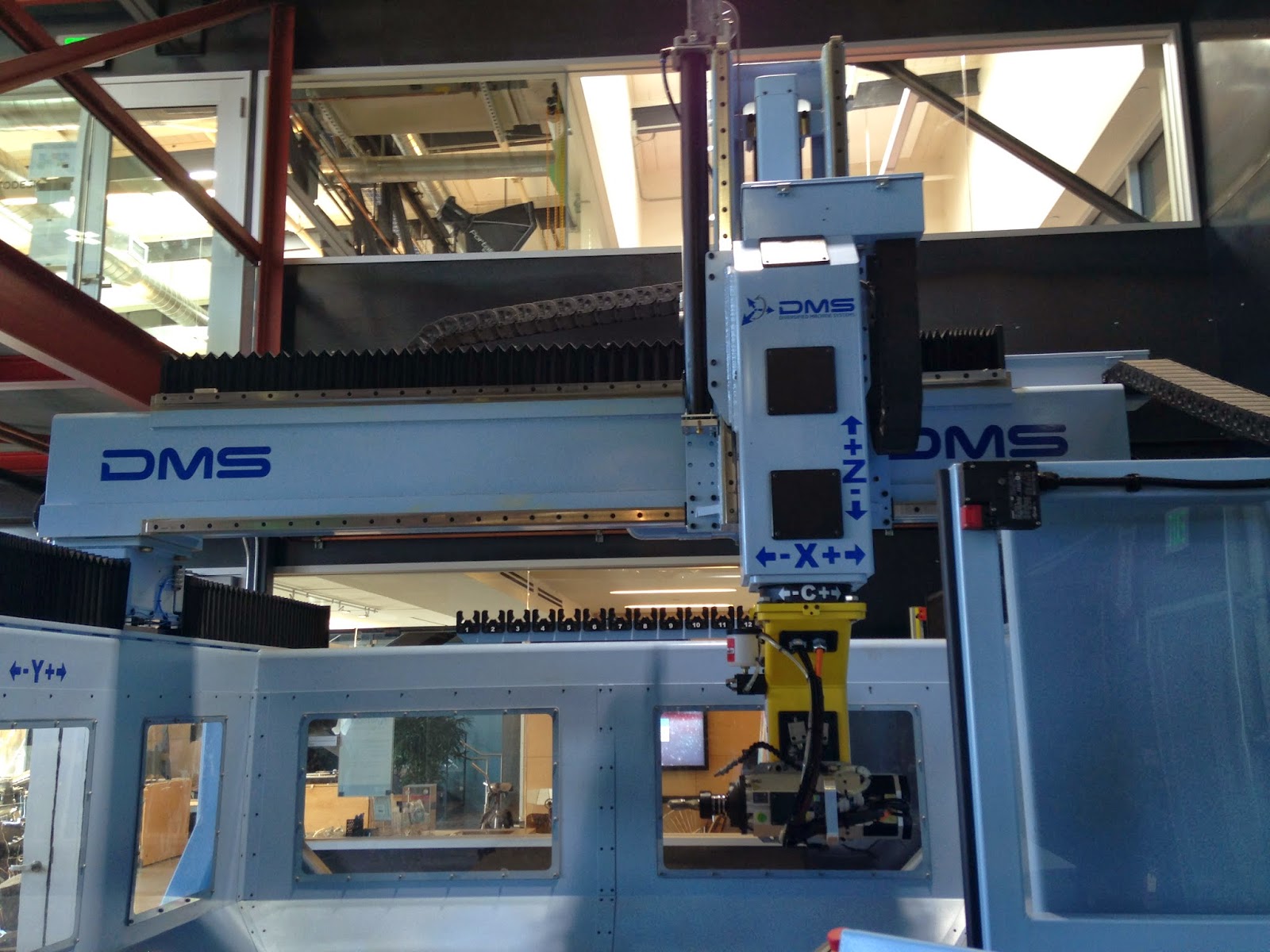 A 5 axis CNC milling machine.  I'm not sure if the picture shows the scale very well.  That's the second floor walkway at the top left. 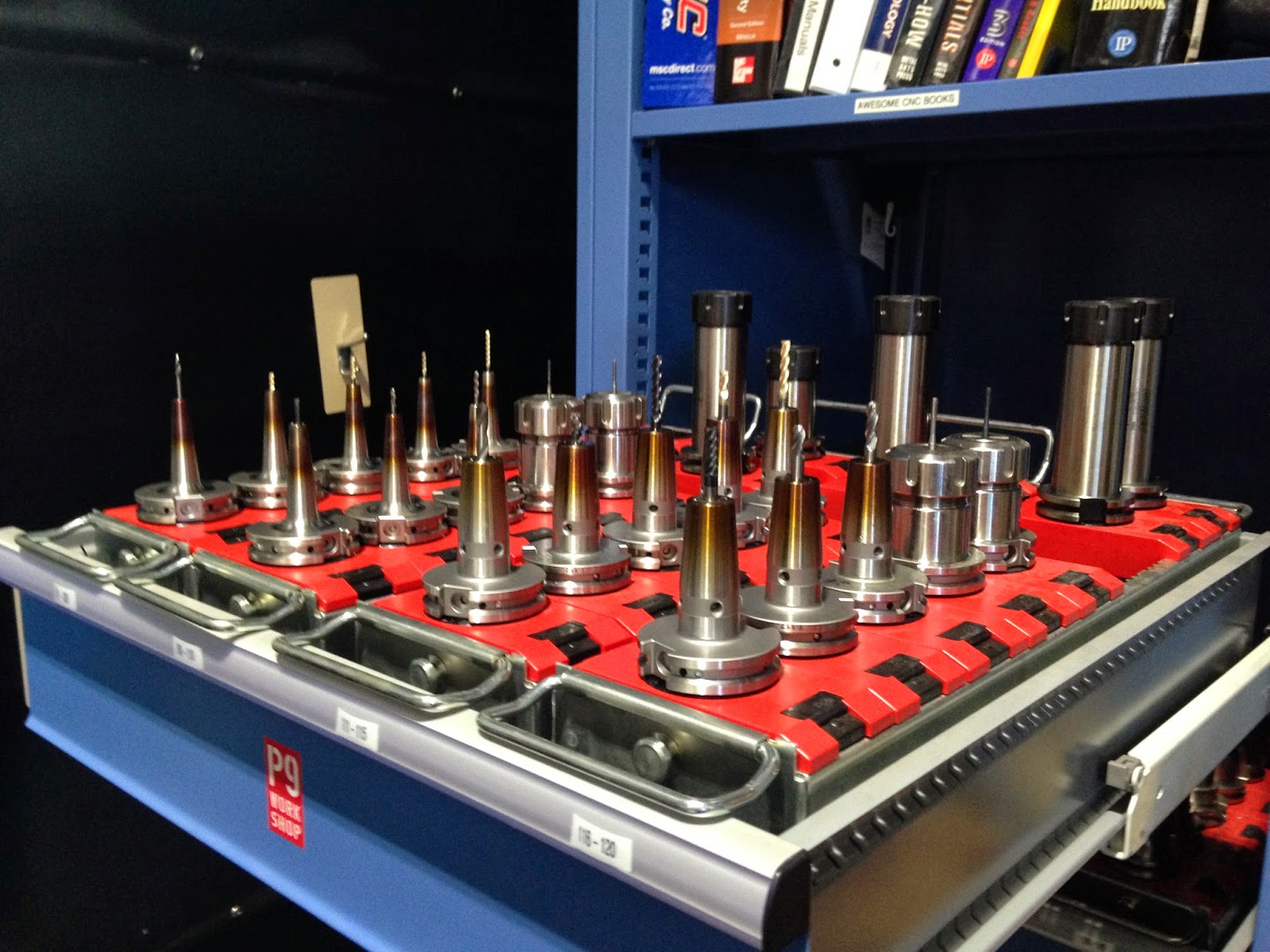 Here's their library of milling bits.  The big machines are a bit out of my brain space, but having bought router and shaper bits all I could think of was "wow that's a lot of money in that drawer!"  There's a machine that heats the bit holders so that when the bits are put into place the metal contracts and holds everything tight. 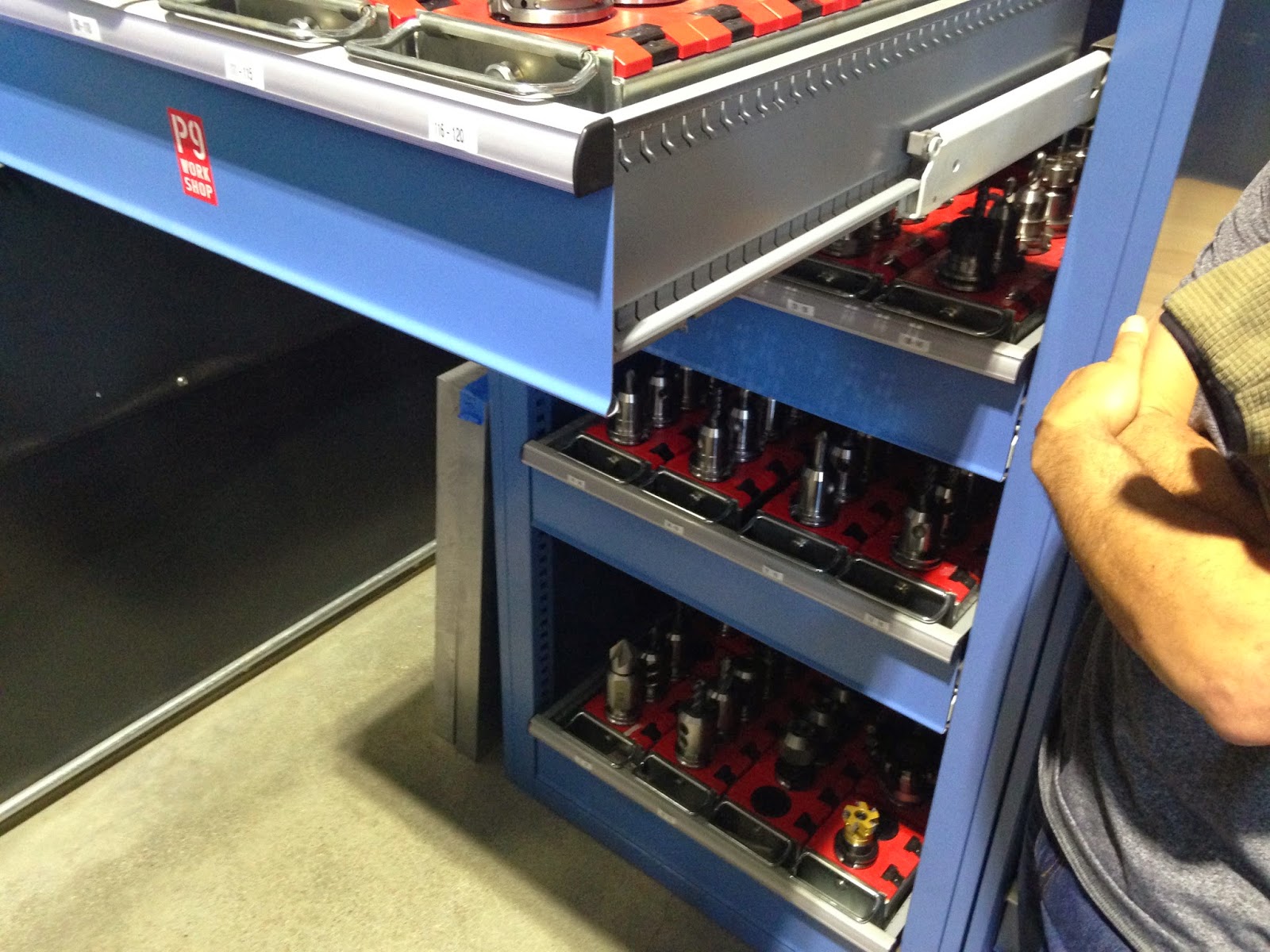 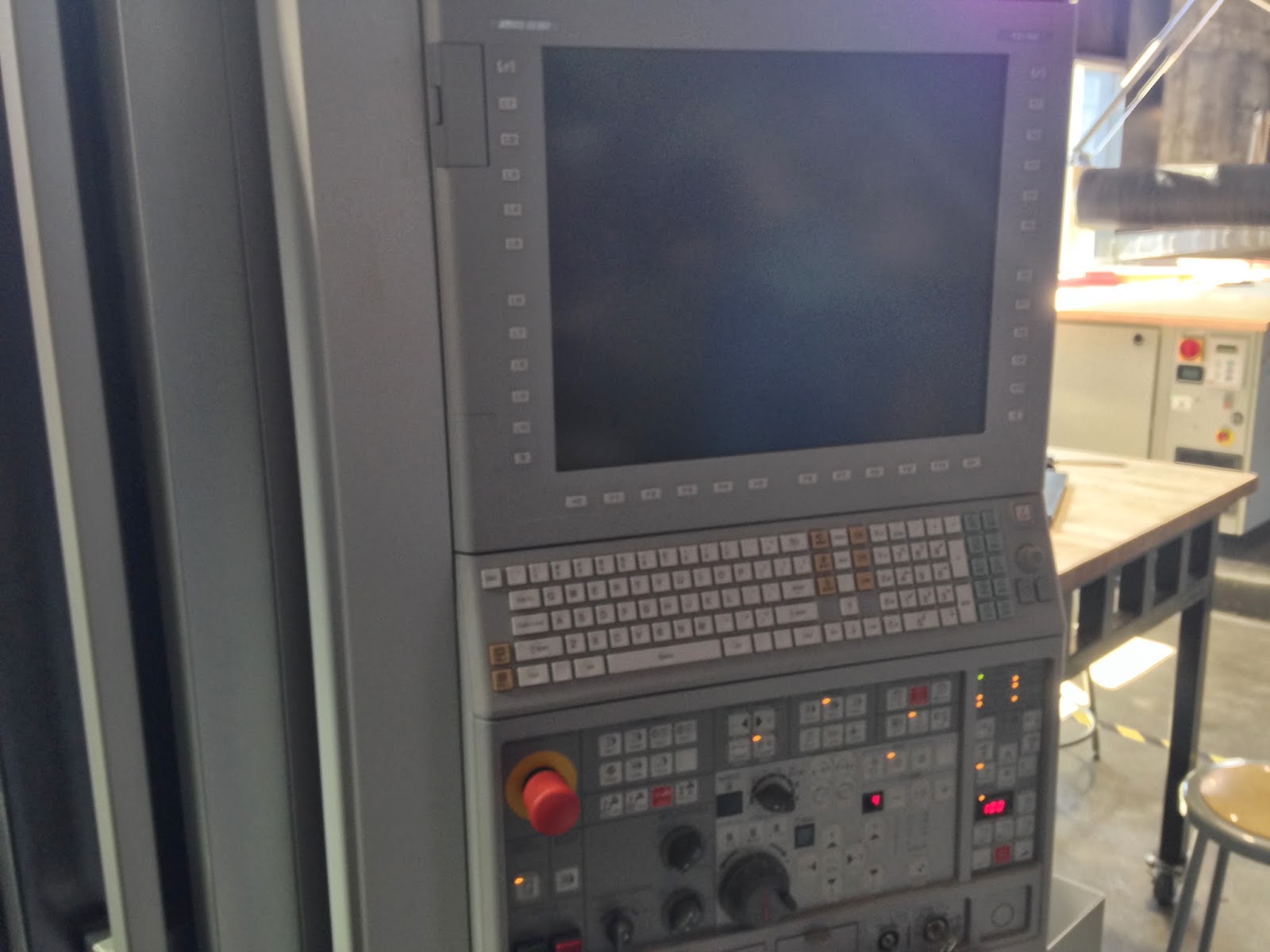 The control panel for one of the milling machines.  They're working on networking all the machines together.  Traditionally there hasn't been a lot done in that space, since a machine might be bought to manufacture a certain part, and will run the same program for years on end. 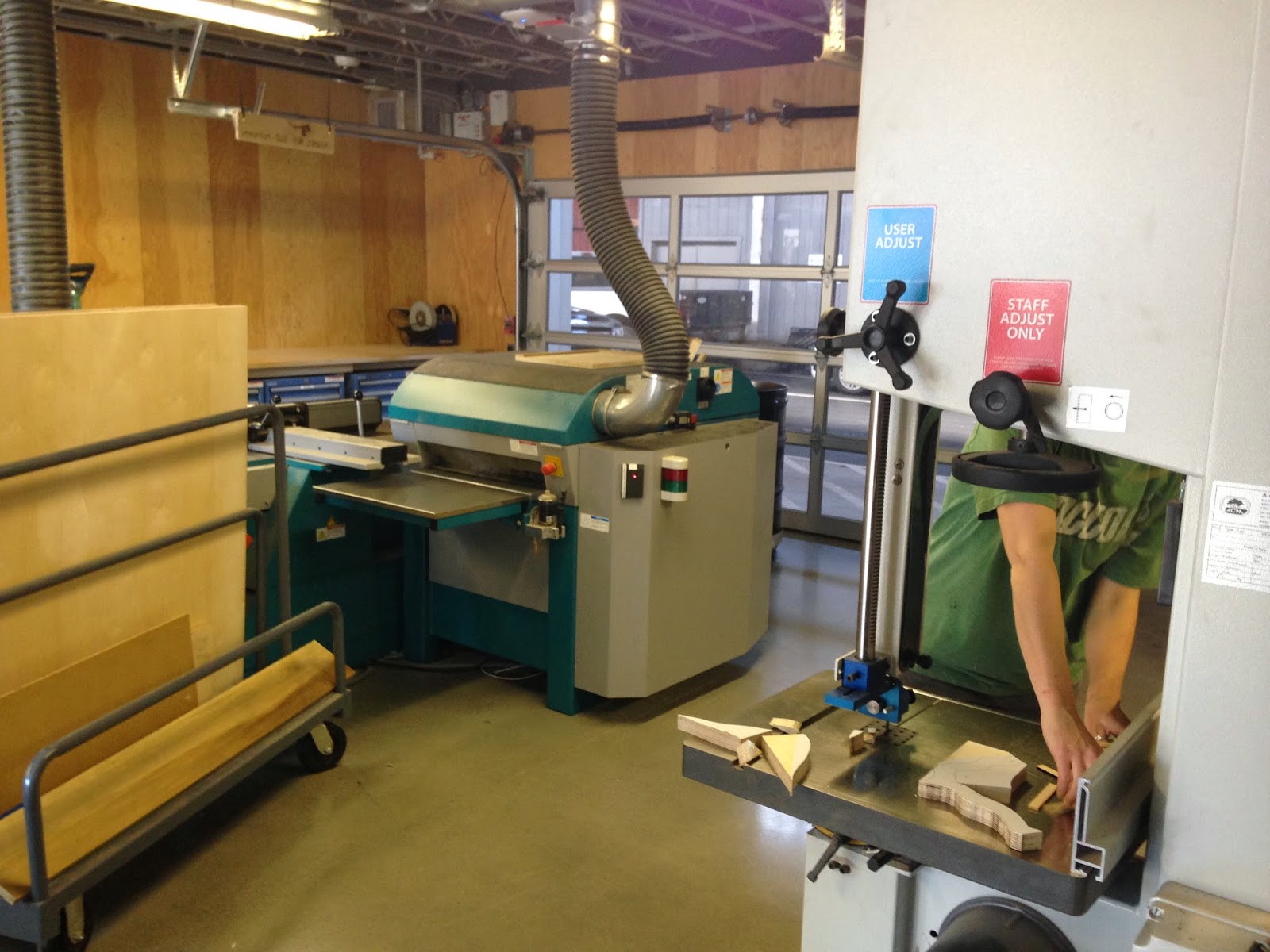 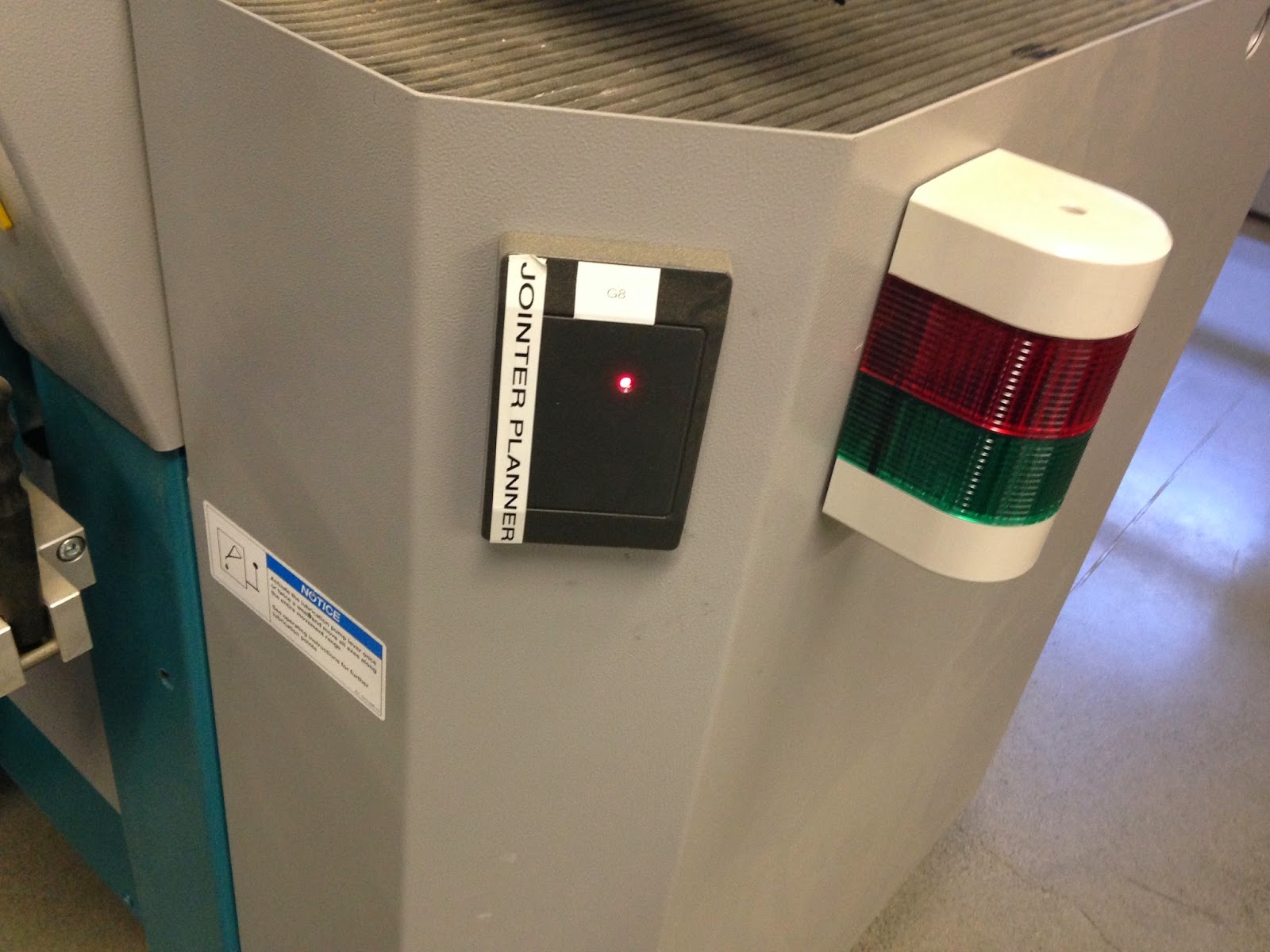 As you are trained and checked out on each machine you go into the database.  Each machine has a keycard reader for access. 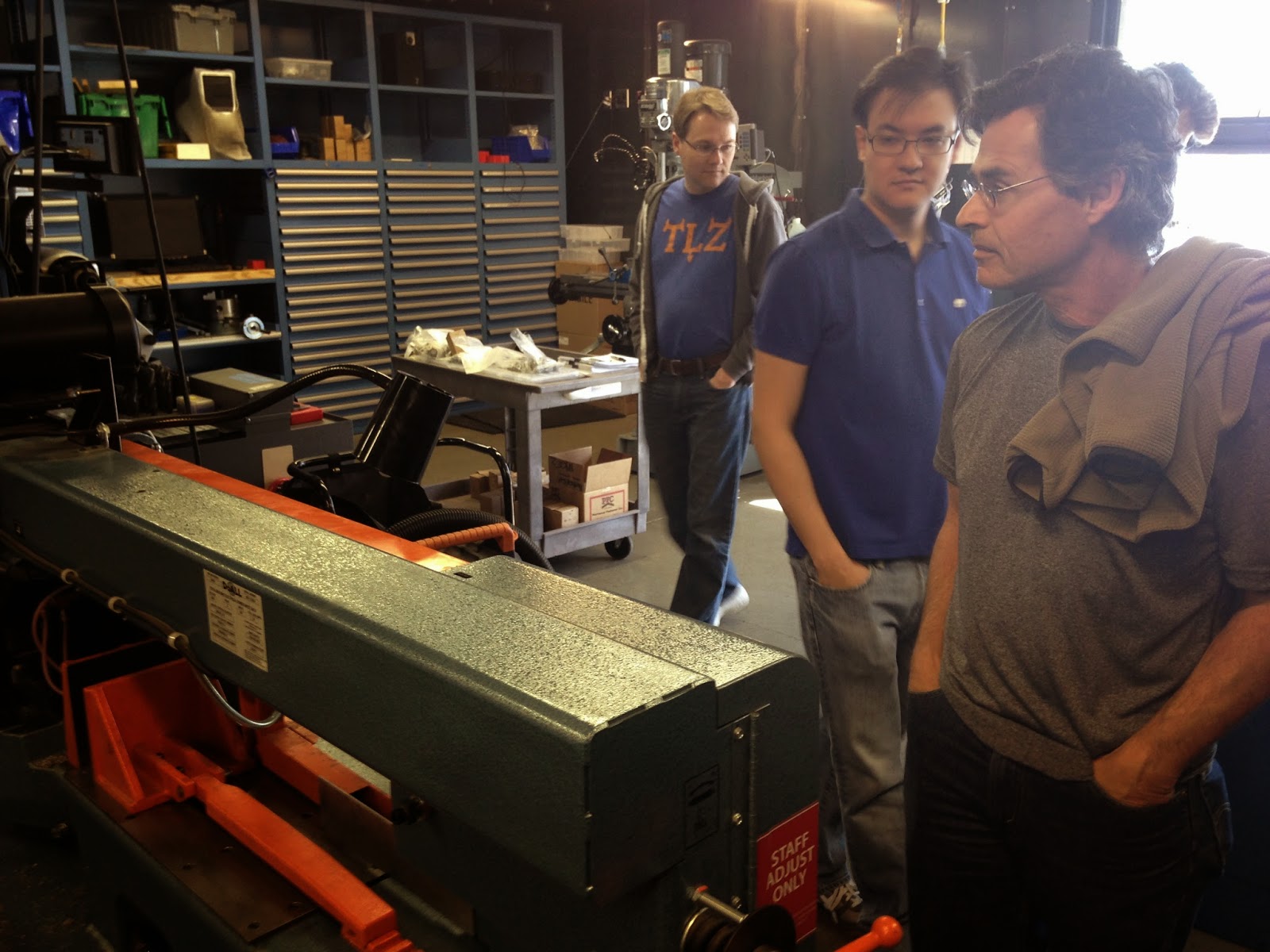 In the wood shop. Background, that cabinet is filled with fasteners of all shapes and sized.  Foreground, some amazingly talented and cool coworkers. 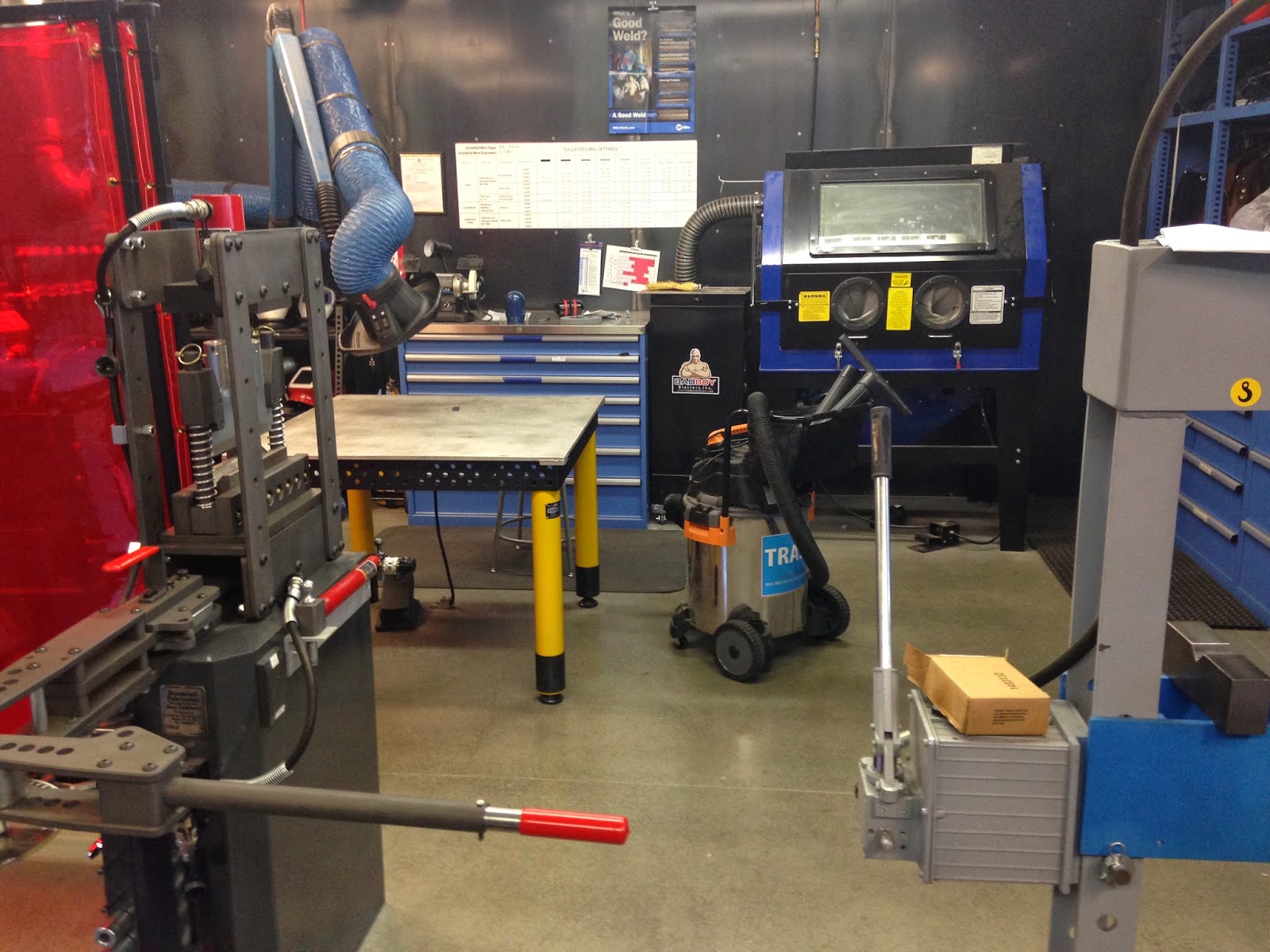 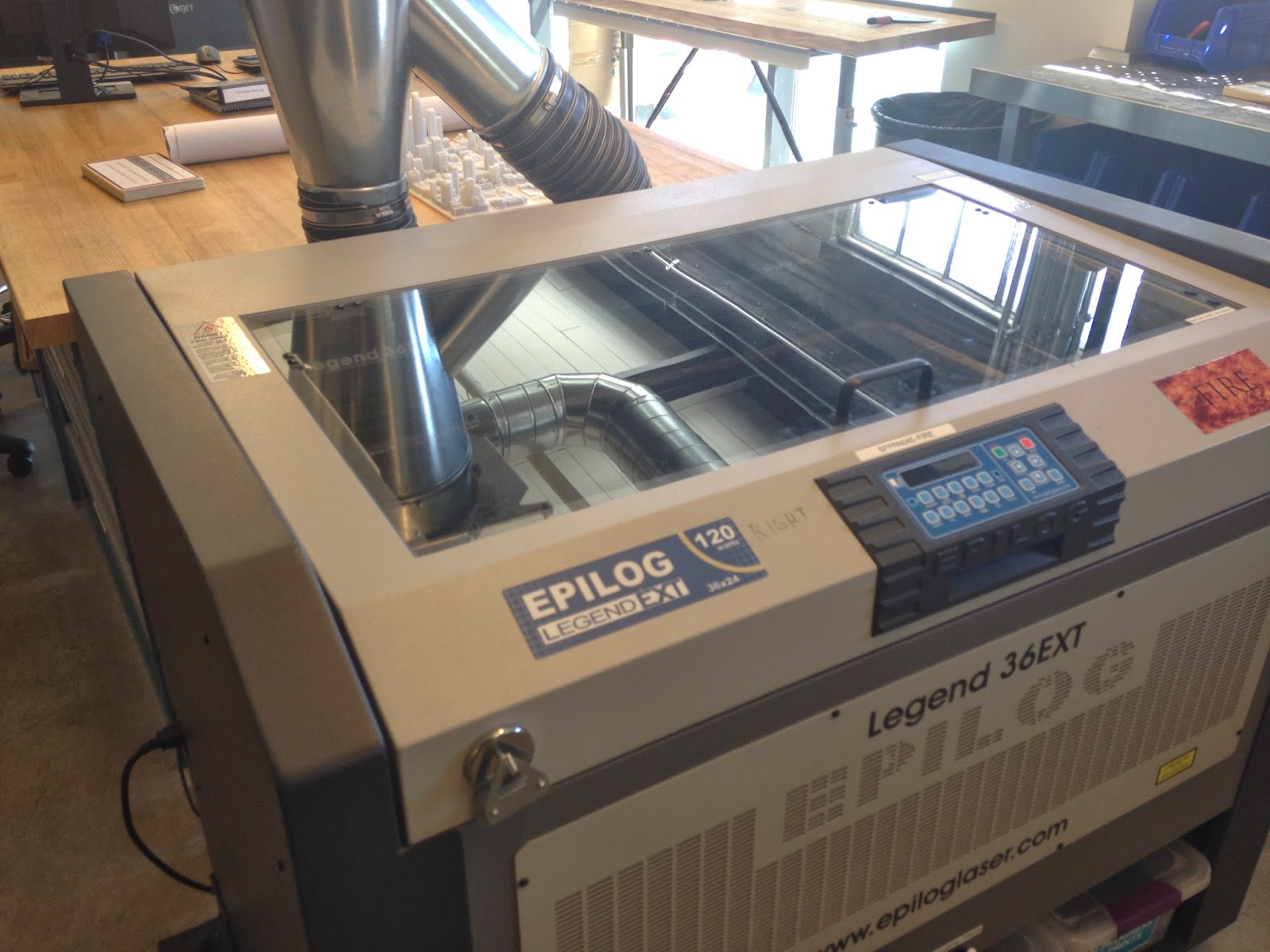 My lust burns bright, with the intensity of a 400 watt laser beam! 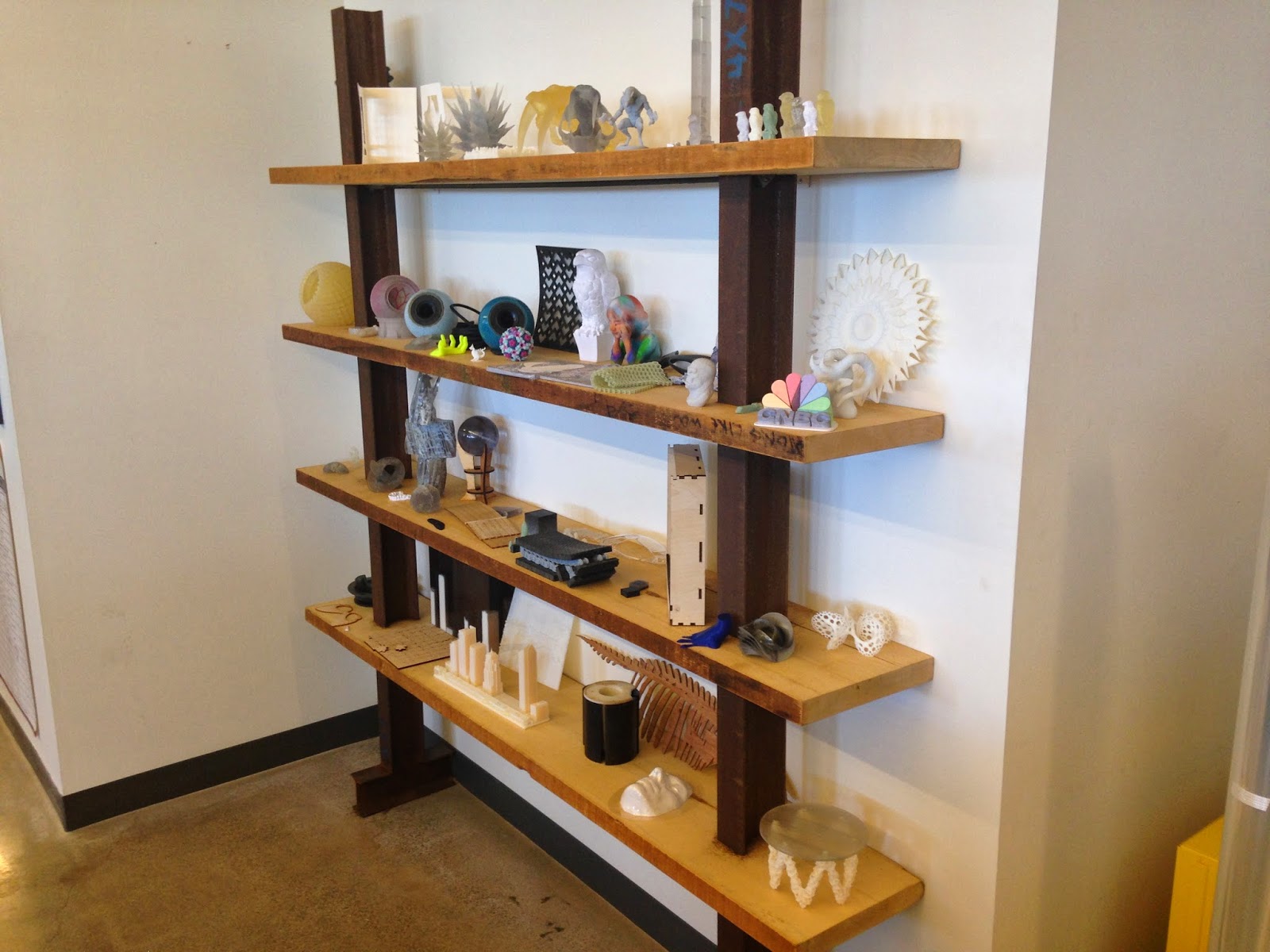 They had a shelf of interesting projects to show visitors. 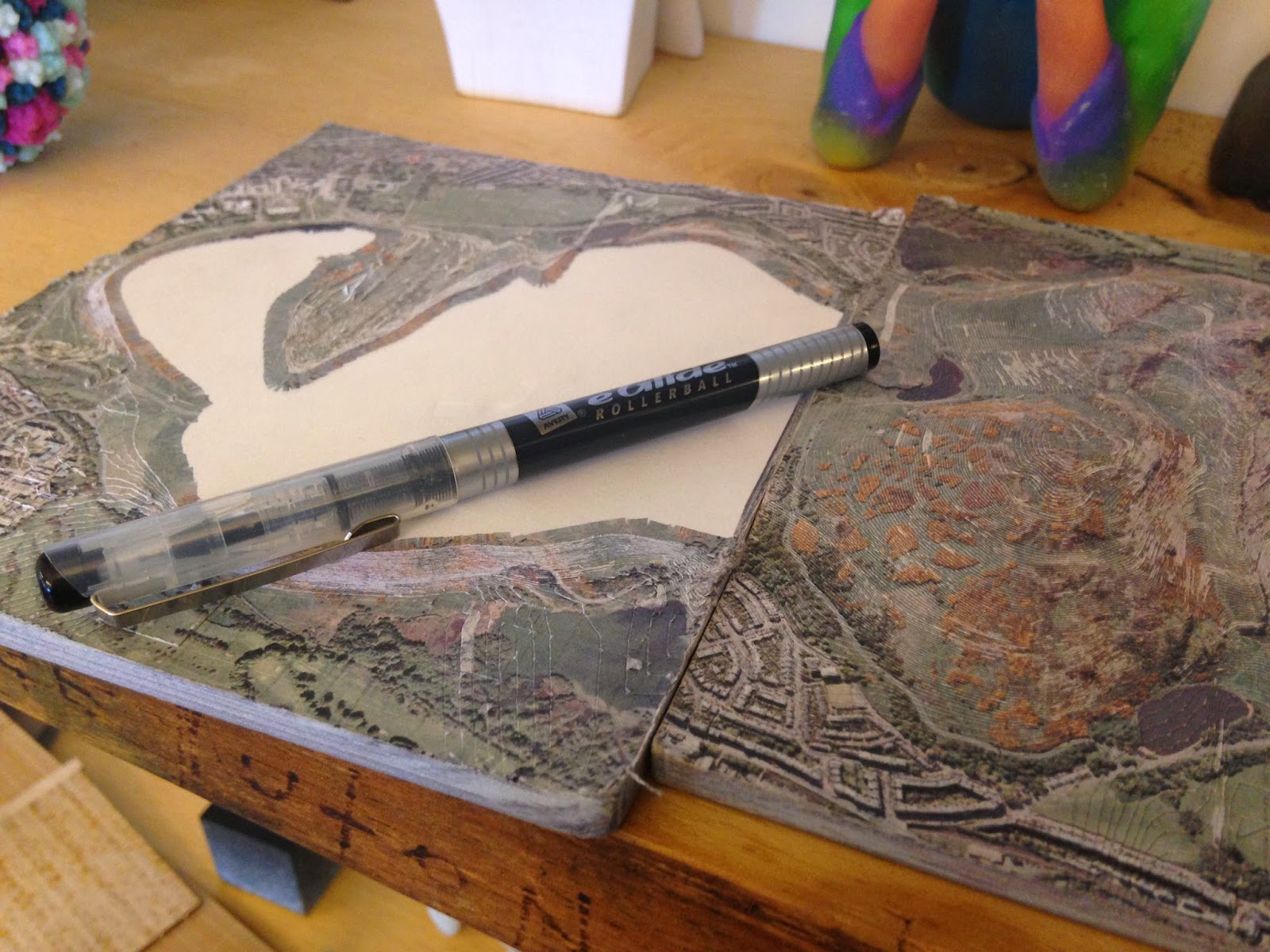 This was 3D printed from a topographical map. 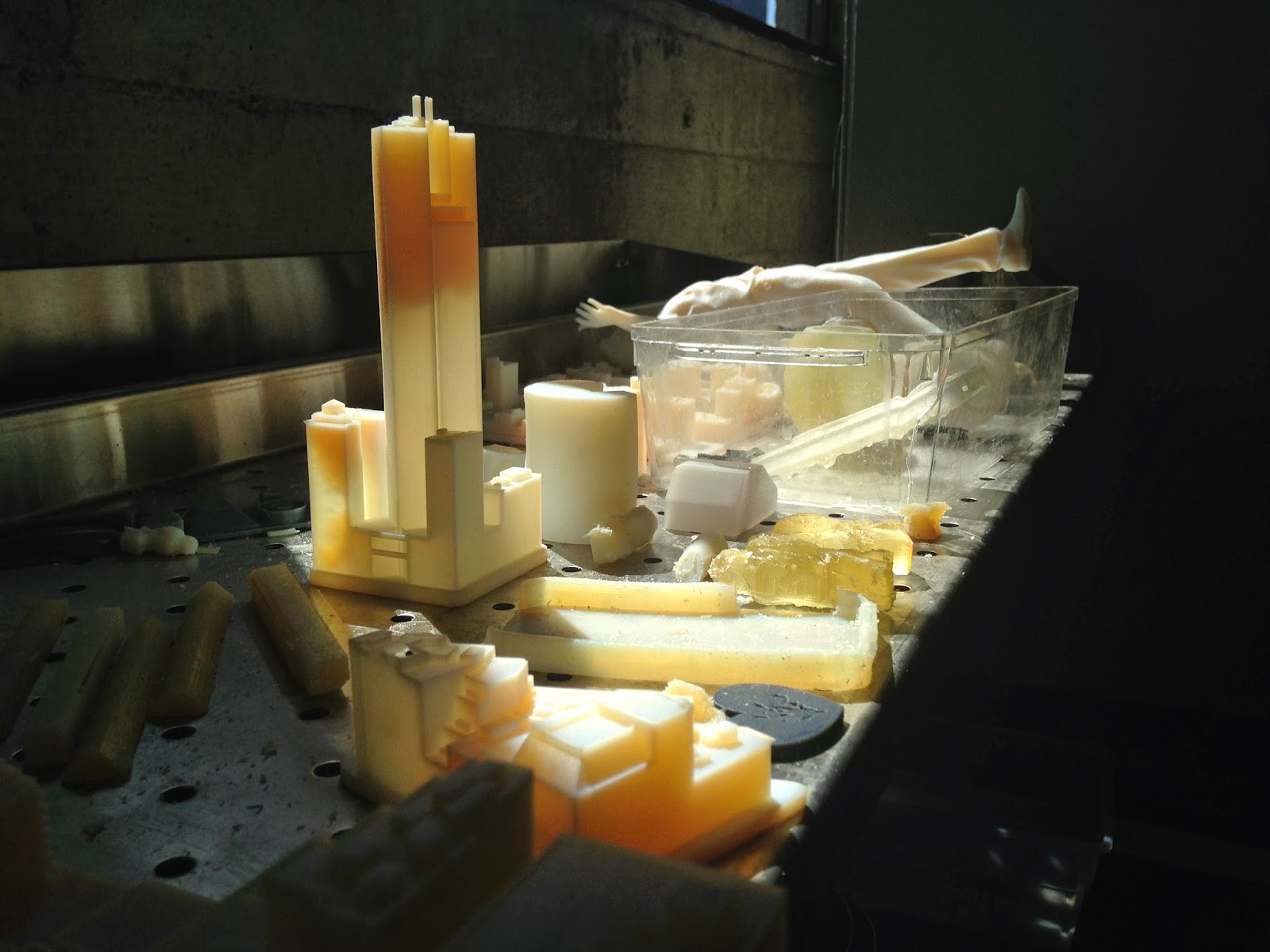 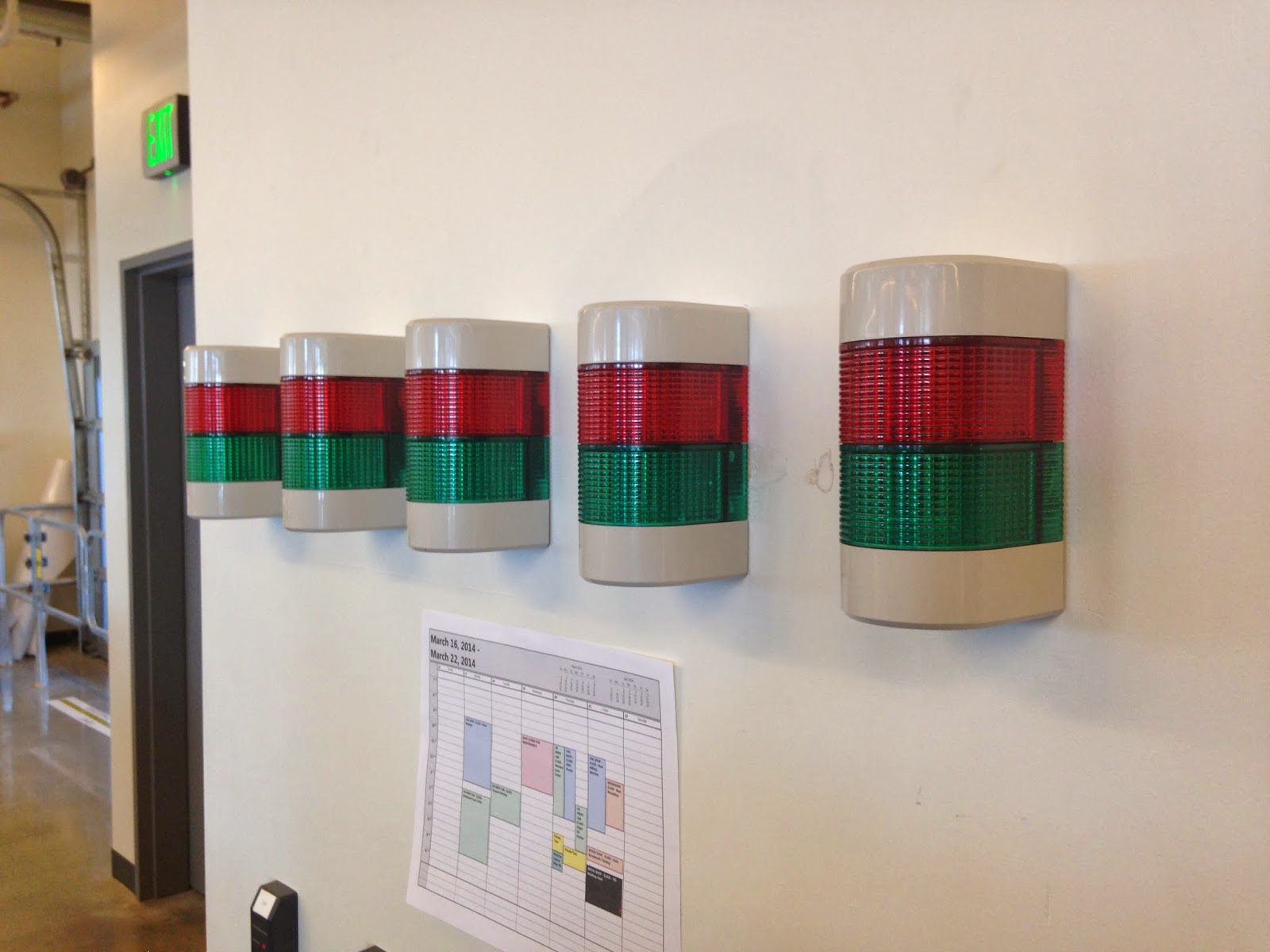 Whatever might go wrong, they'll know about it right away! 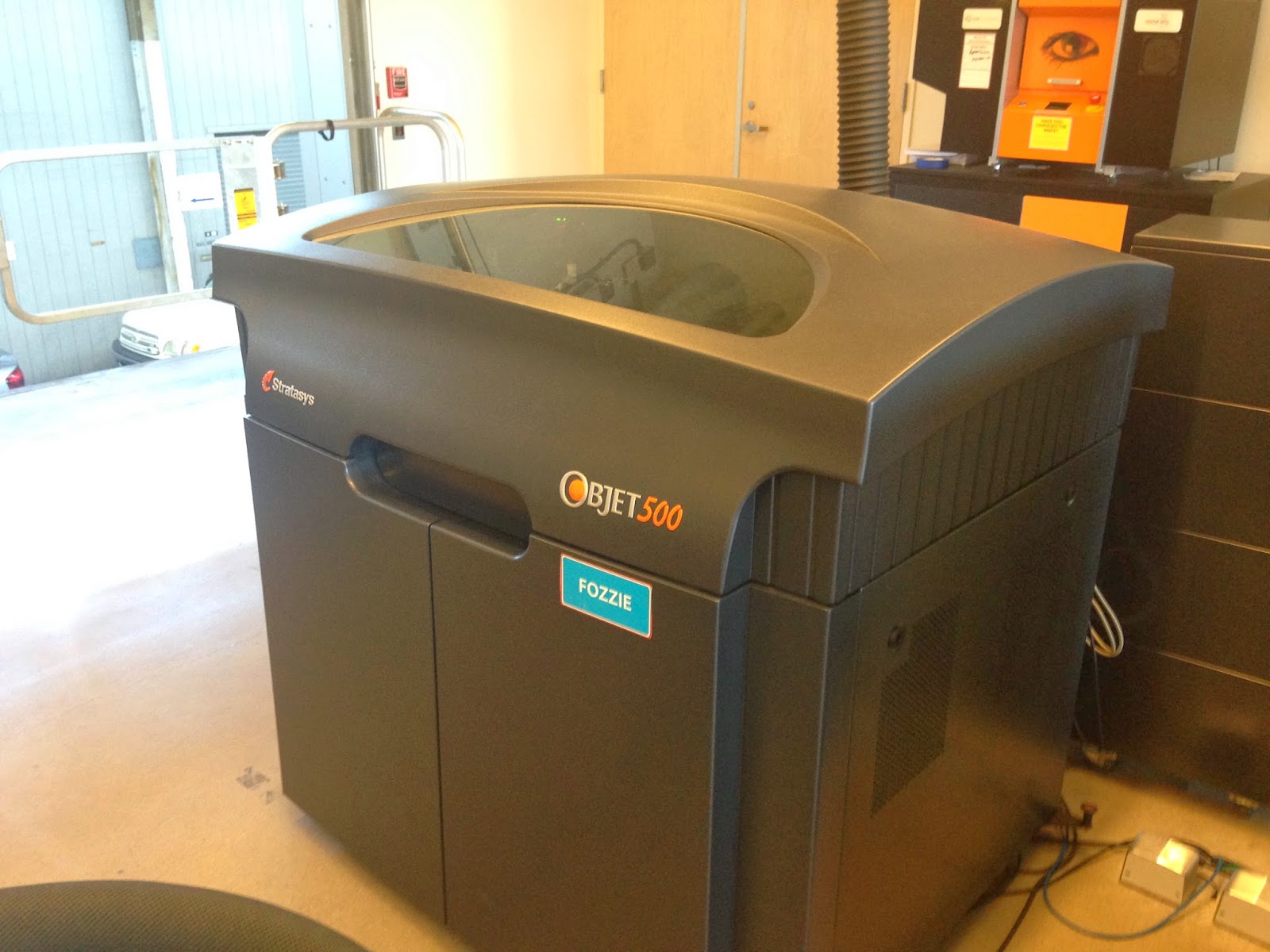 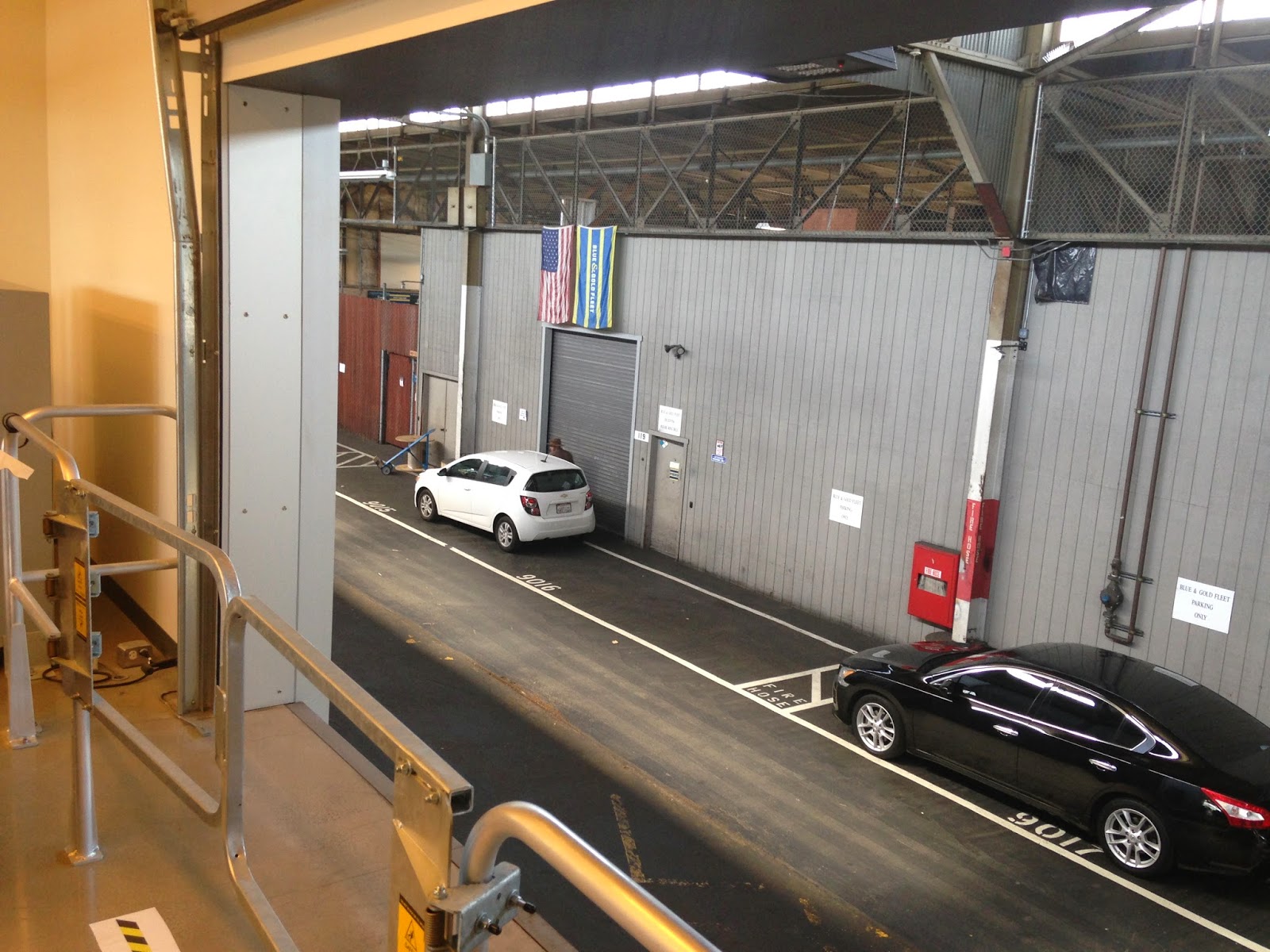 The second floor garage door.  Below is the driveway into the Pier 9 building. 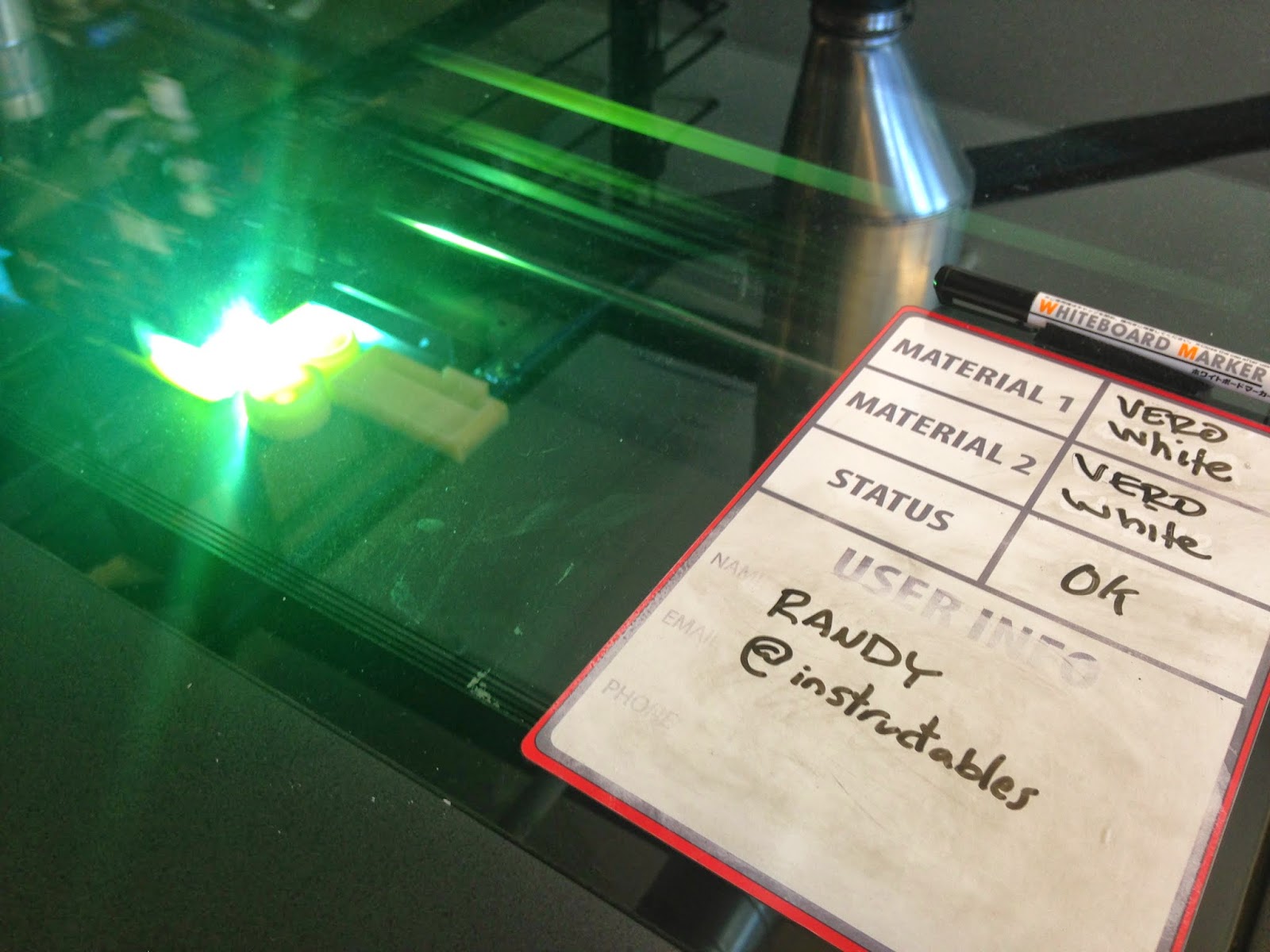 As it was explained to us, these 3D printers are resin based.  The laser light cures the liquid resin.  I had hoped to see how the finished model was removed and cleaned (is it dripping with liquid resin?) but wasn't able to. 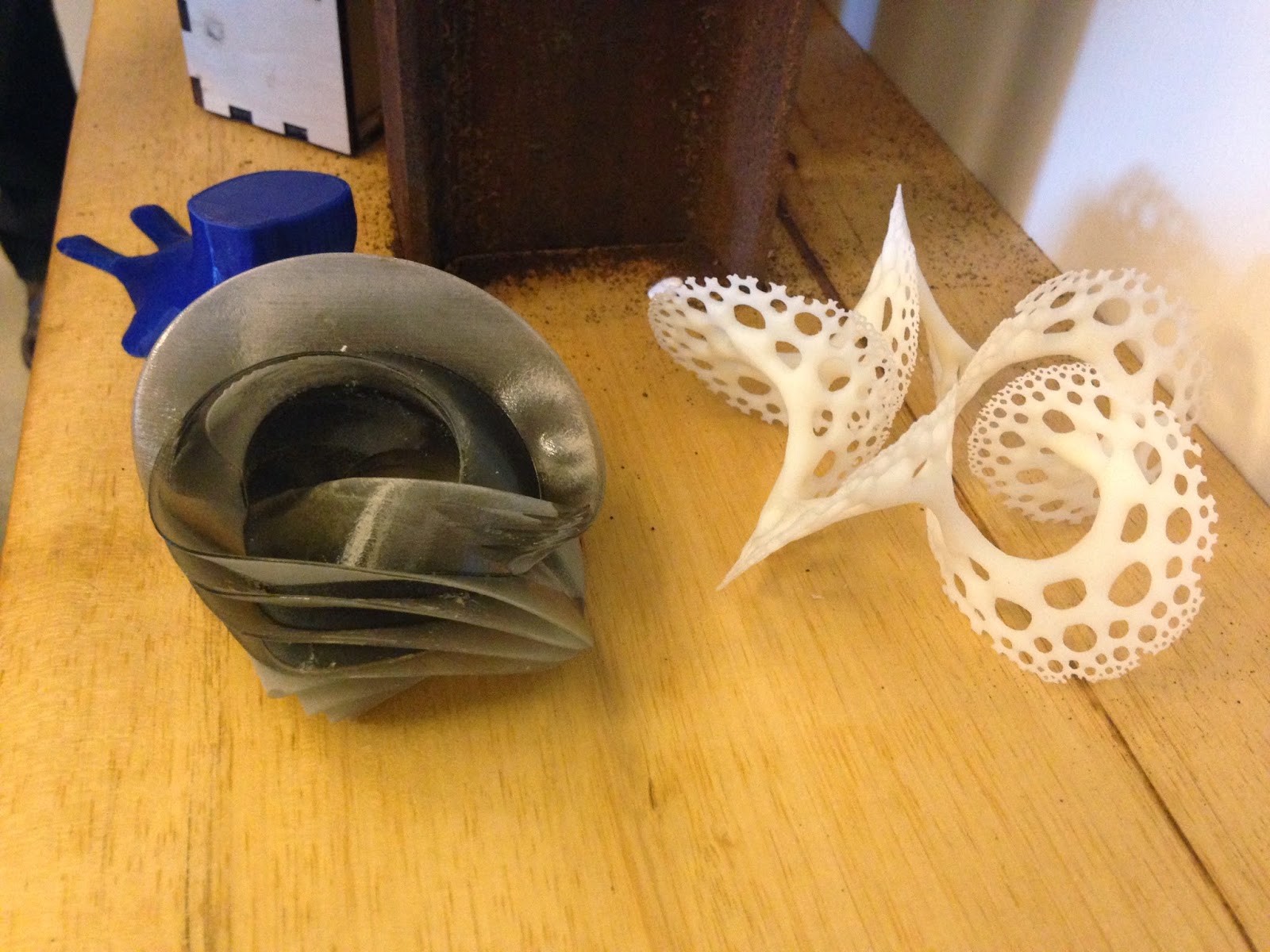 These were some of the things on the demo shelves. 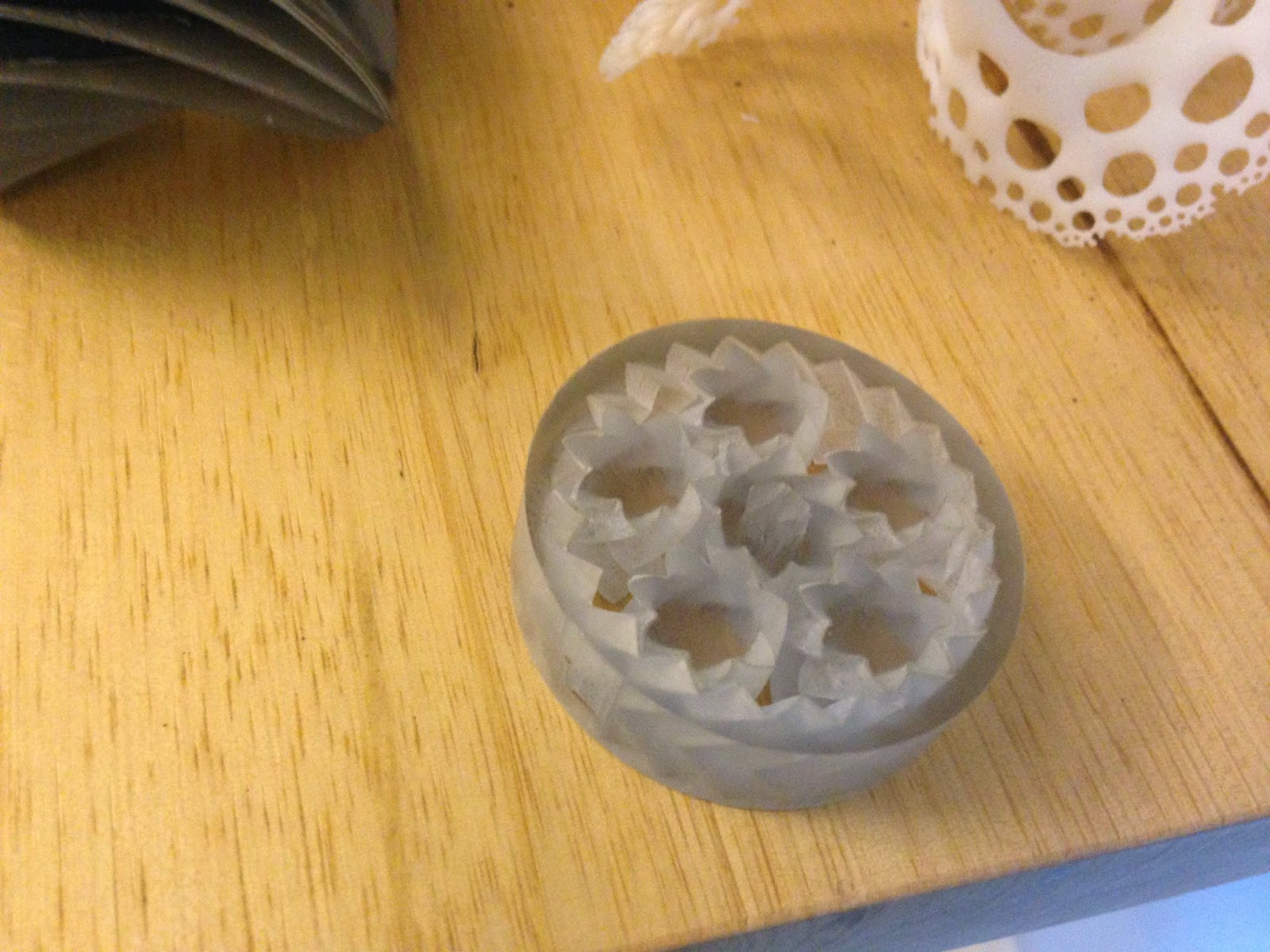 This planetary gear was 3D printed in one piece. Check out the video below to see how smooth it is. 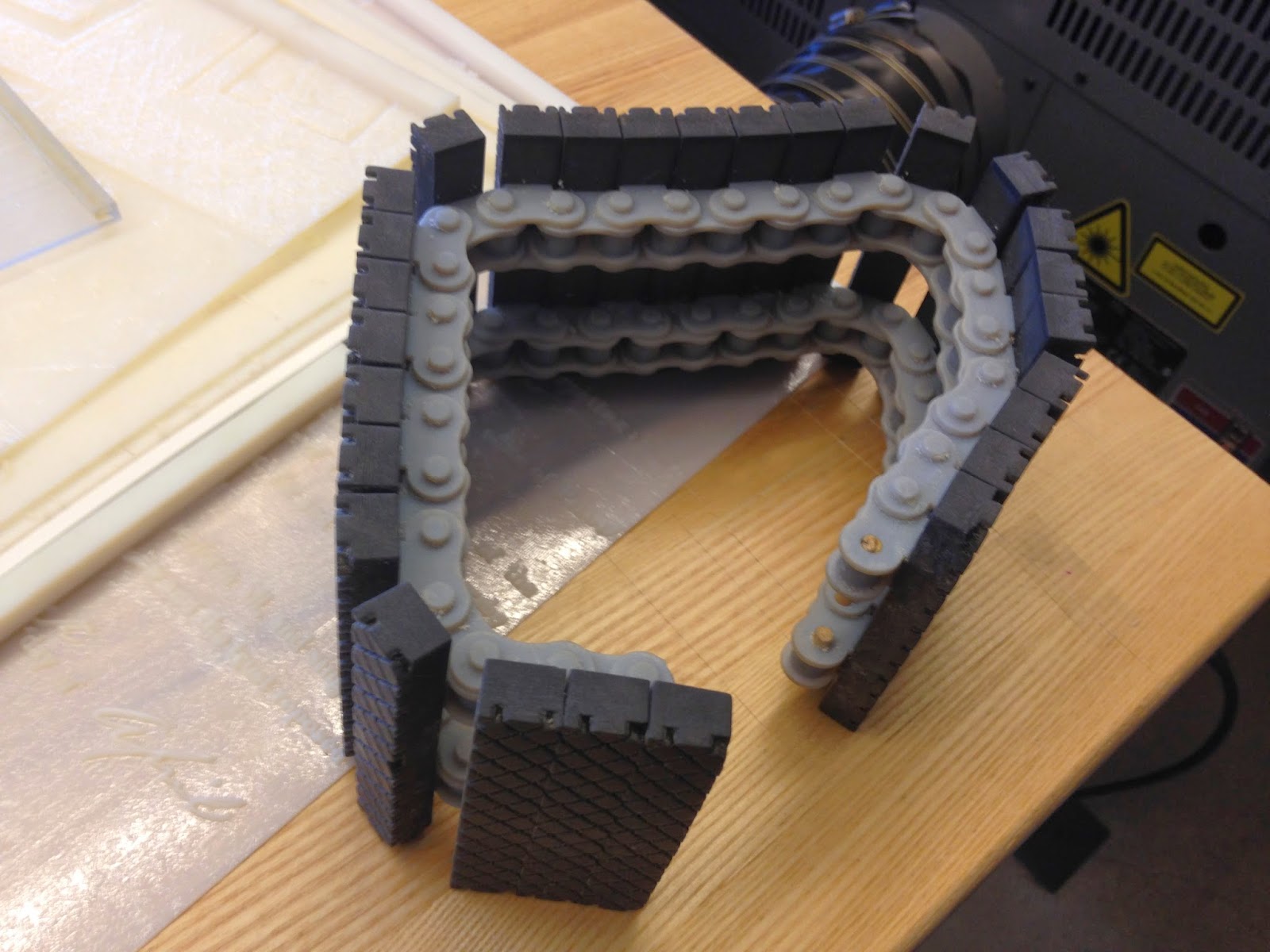 This tank chain was also printed in one piece.  I'm not sure about how the treads were attached.  It would be cool if they were printed in place as well. I made a quick video of this as well. 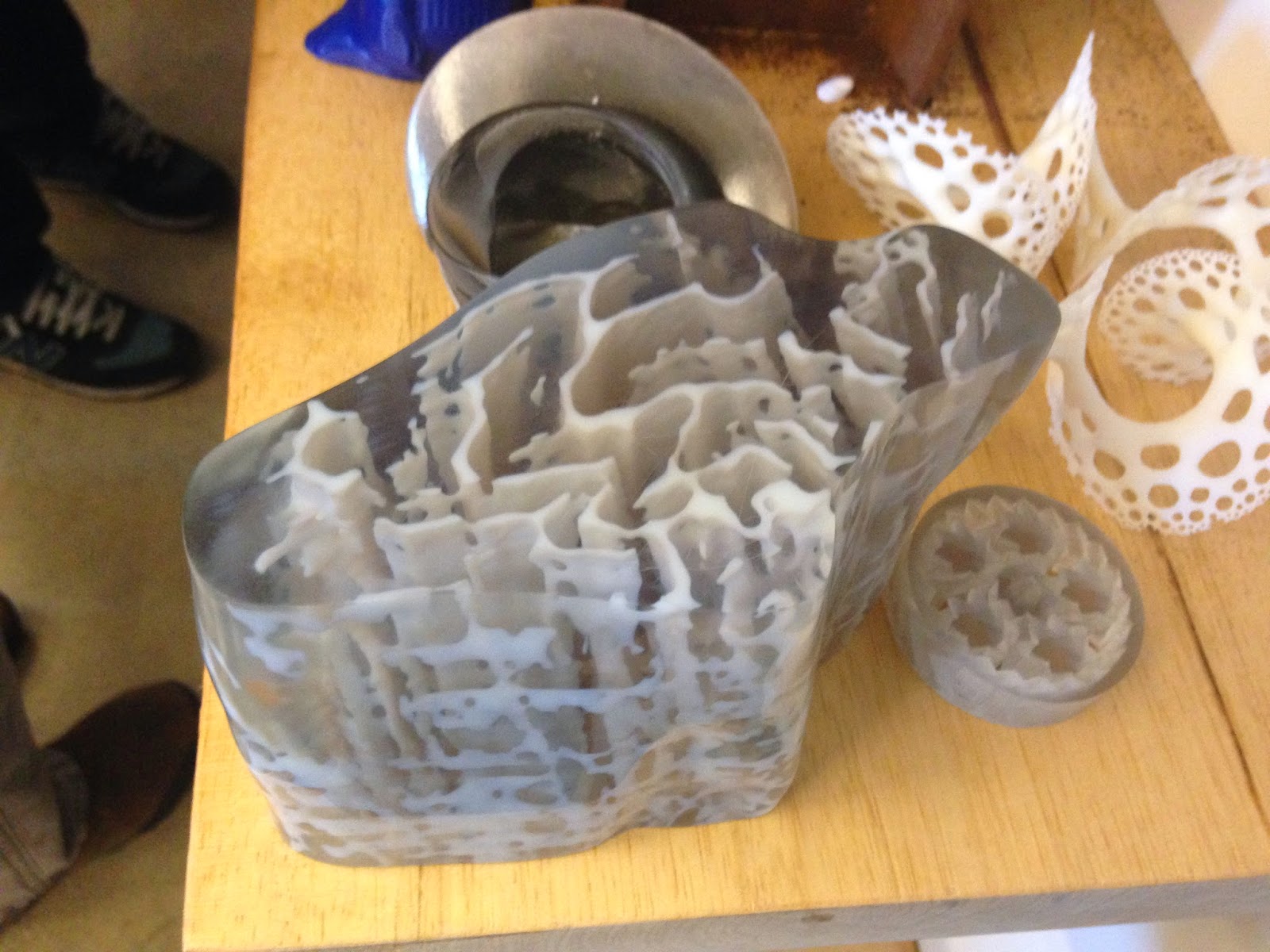 Here's the result of a project done in cooperation with UC Davis.  It's a print based on an MRI scan or somesuch of a horse tendon. 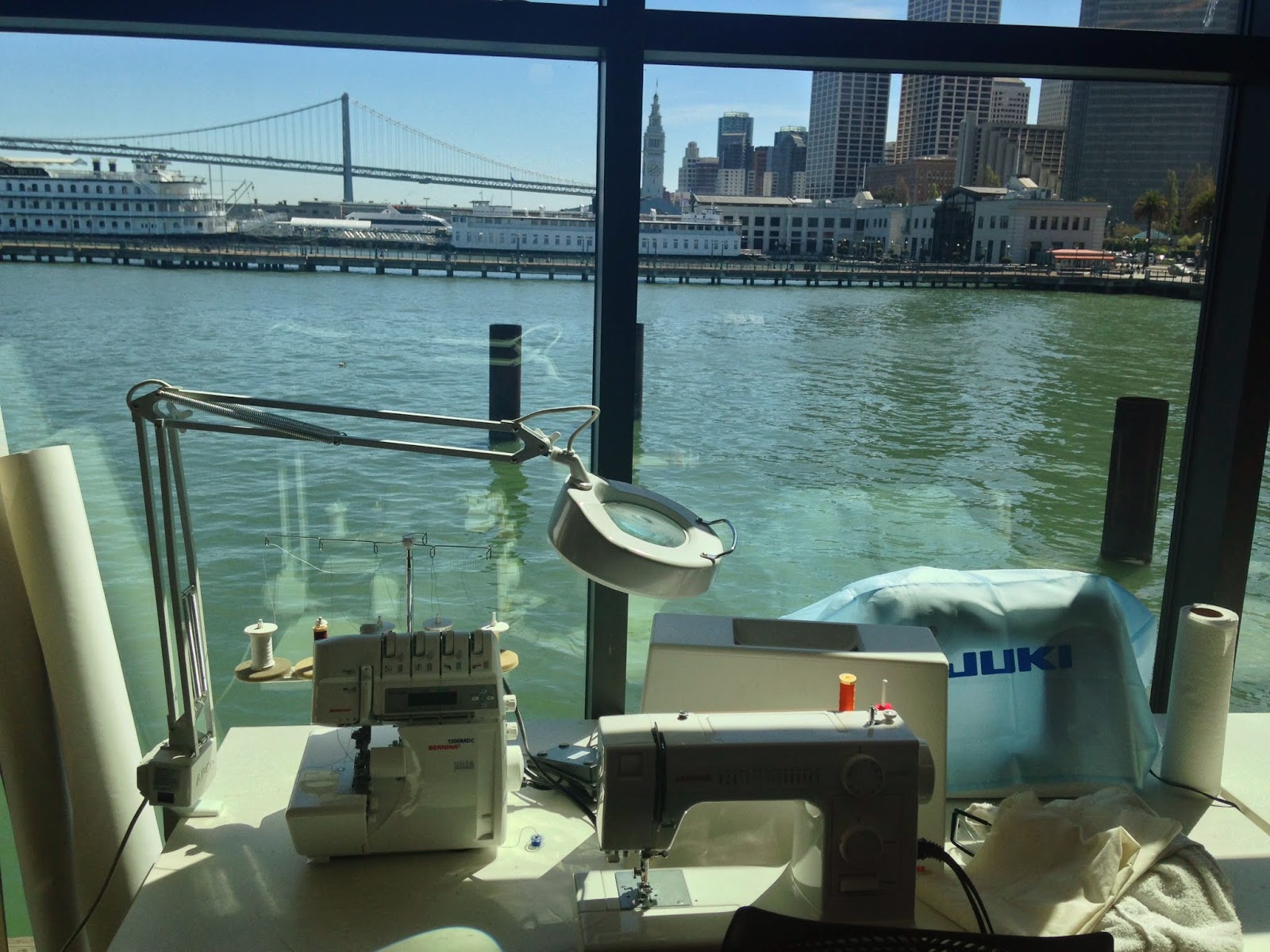