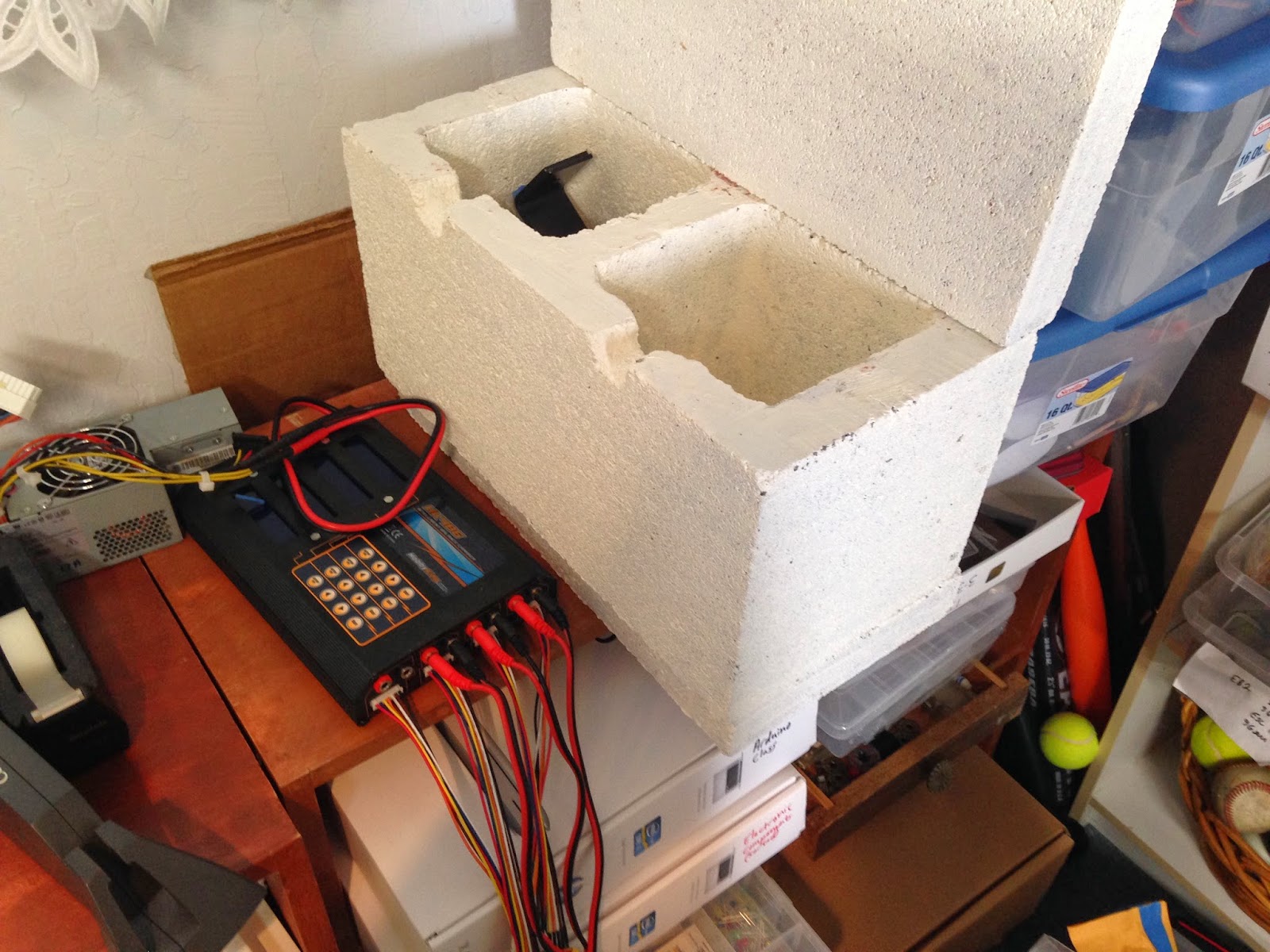 The Charming Mrs. EastBay RC puts up with a lot in the service of her husband's various hobbies, but one place where I'm pretty sure she would draw the line is burning down EastBay RC's international headquarters.  I've experienced first hand the rather unpleasant experience of having a LiPo battery short out and burst into flames, so I'm a stickler for careful battery charging, handling, and storage. 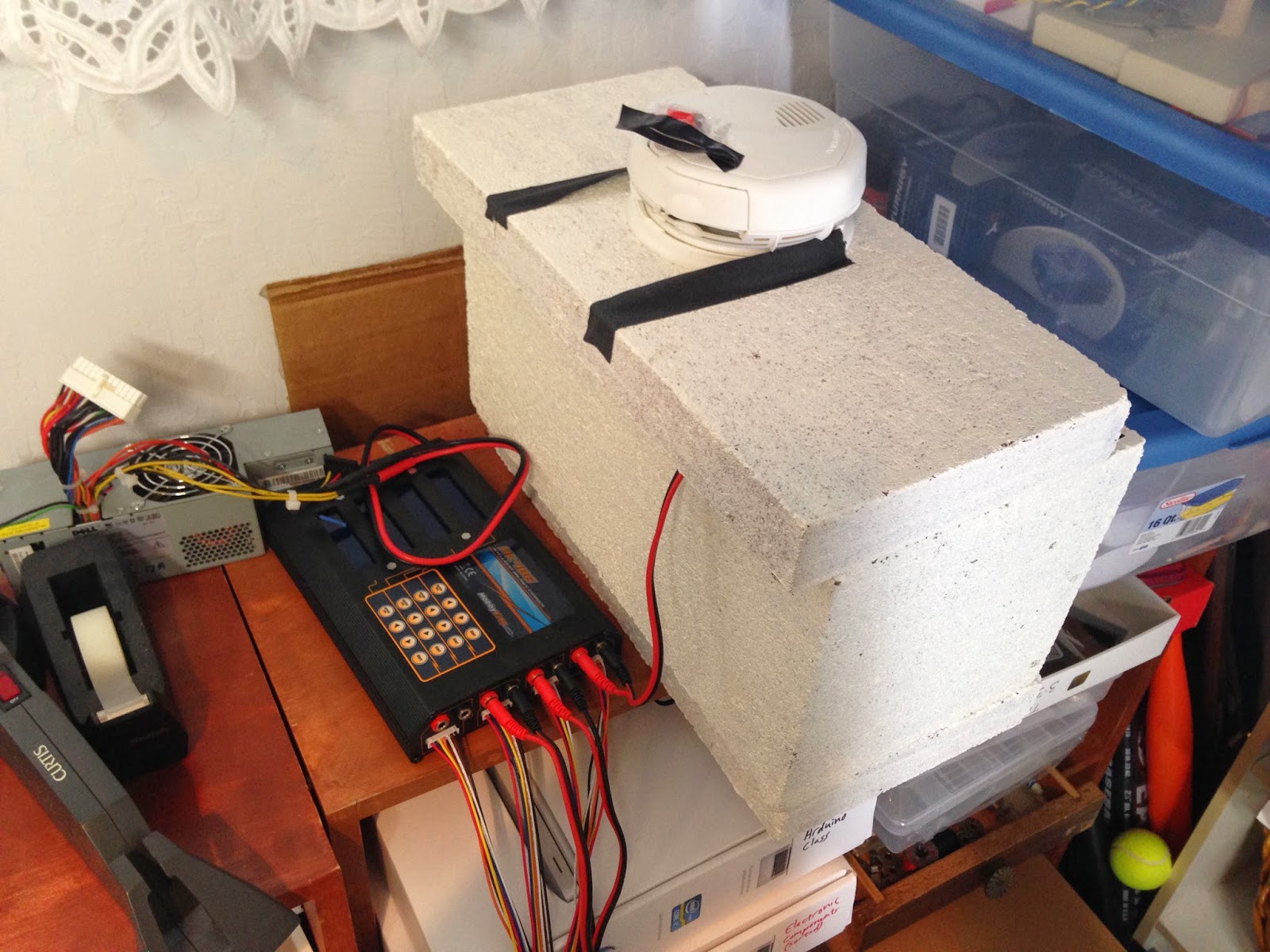 Here's my main charging station.  That's a HobbyKing 4 port charger powered by an old PC power supply.  The charging bunker consists of a standard sized concrete block sandwiched between two flat blocks.  I painted everything white to look a little better and to keep dust, etc from coming off the concrete.  I've notched the block so that battery leads can fit in with the top closed.  There's a smoke detector on top, and a fire extinguisher next to my workbench. 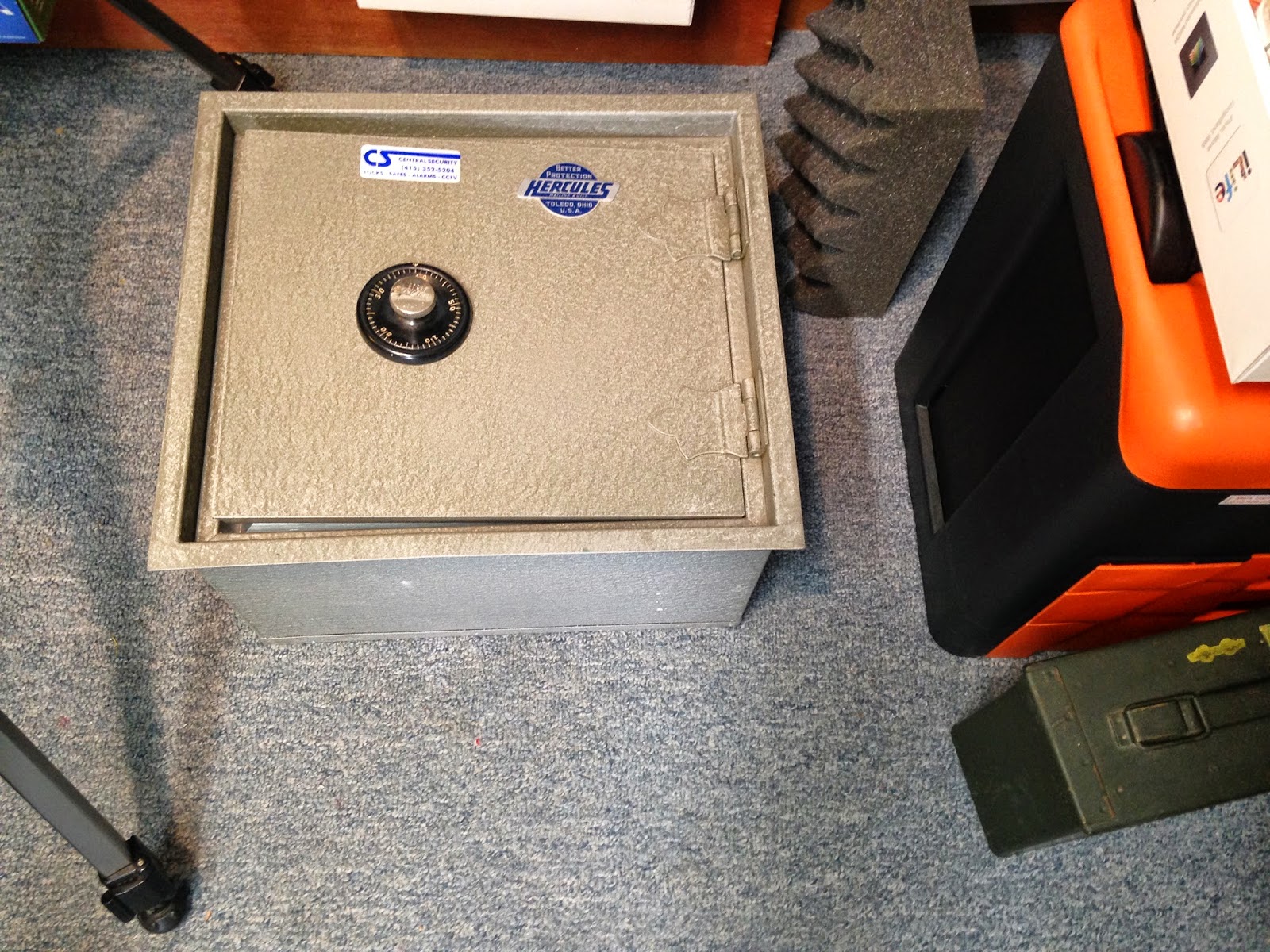 Here's my battery storage bunker.  It's a fireproof safe that I salvaged out of recycling.  It weighs a ton.  The unit was open with the door bolts set in the locked position.  I tried (unsuccessfully) to figure out how to set a new combination, but it works perfectly as a battery storage bunker.  The door is heavy, so I just need to be careful not to drop it on my fingers. 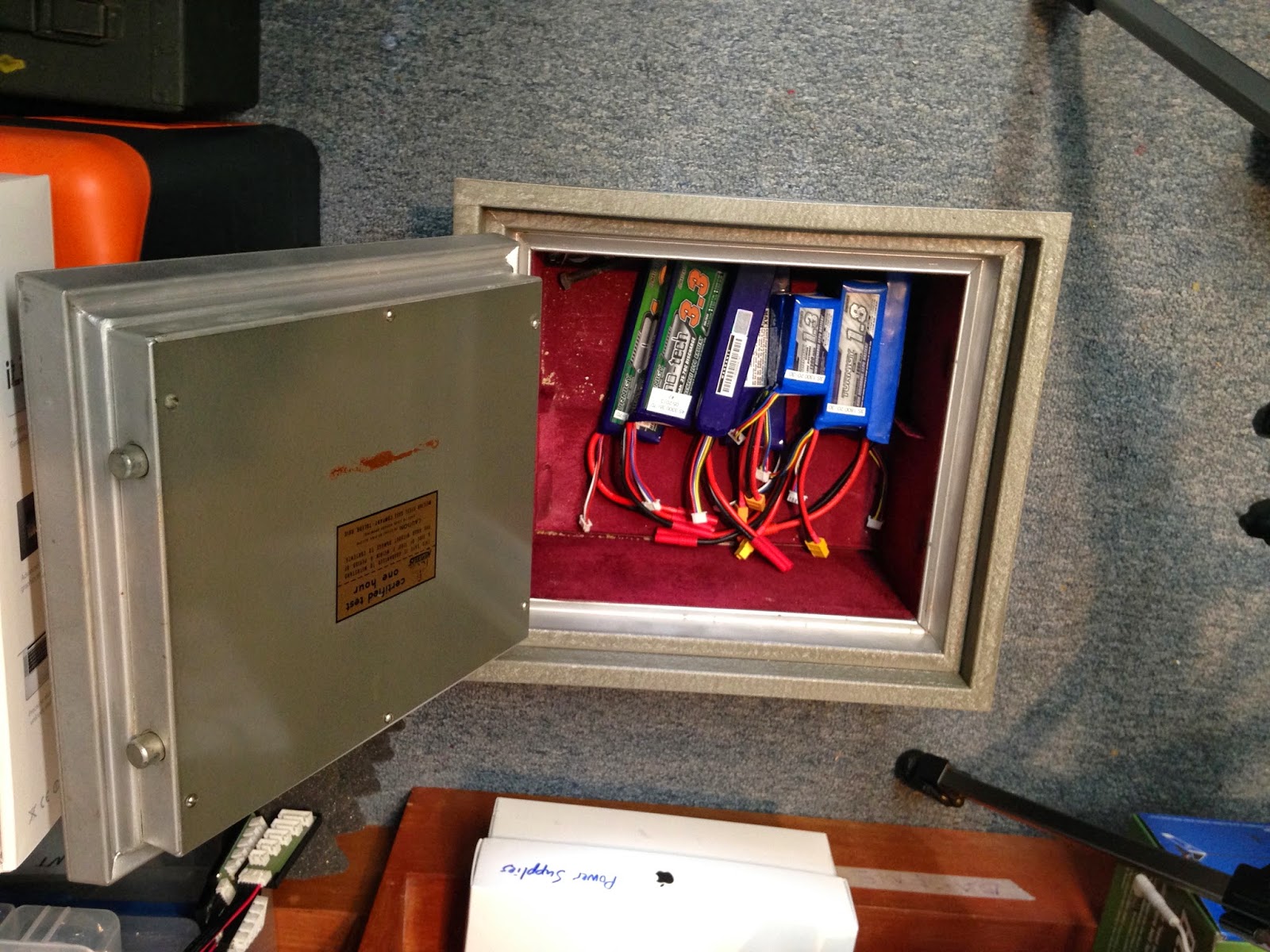 Here's a view showing some batteries.  One day when I have some time to kill I'll put some shelves in to make the storage a bit more tidy, but for now I'm really pleased with it. 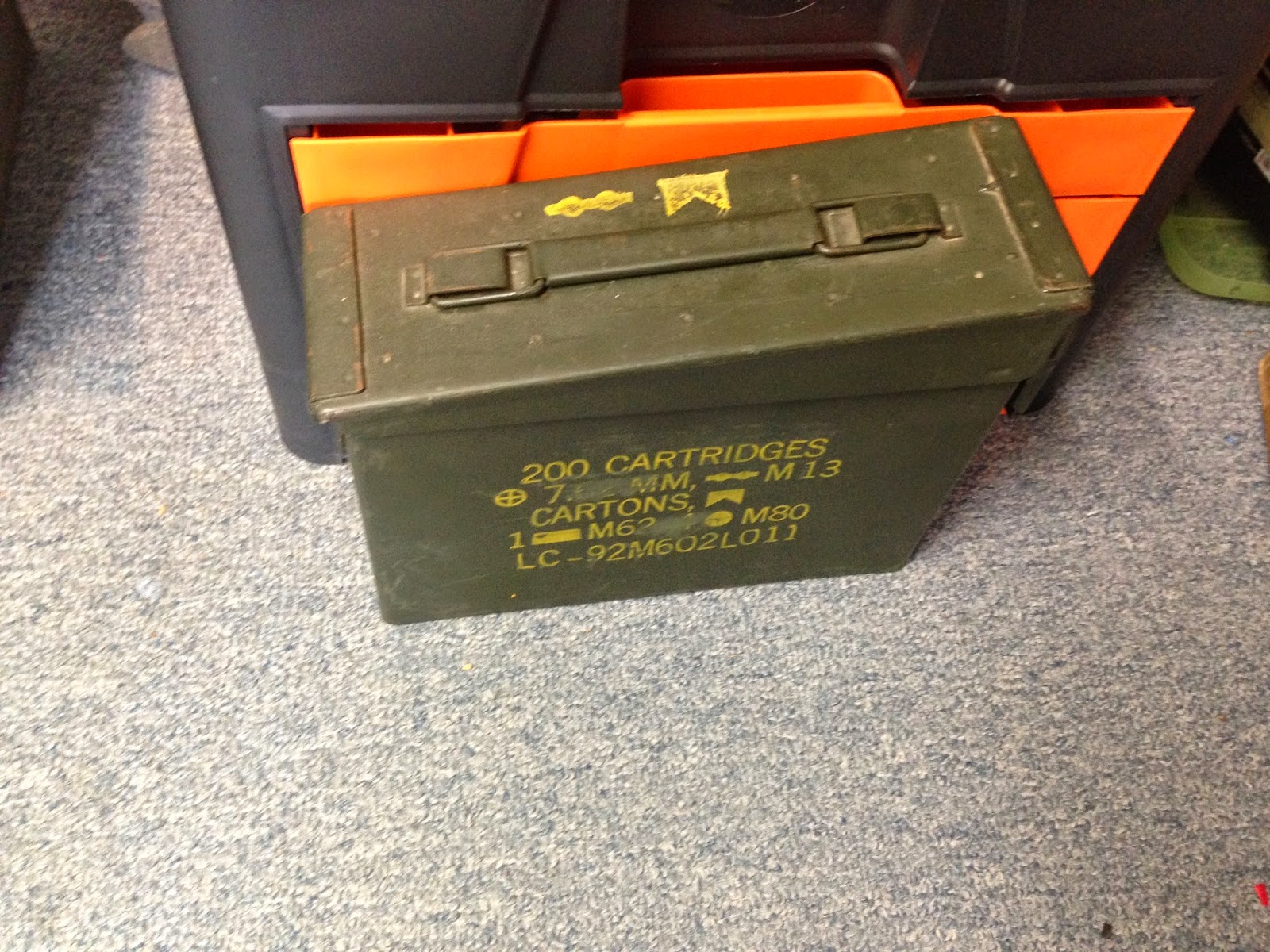 Prior, I stored everything in an old ammo box, which was a bit more restrictive in space.  The Internet seems to think that it would be fine for containing the open flame of a burning LiPo.  Prior to that, I kept everything stored in a concrete block similar to my charging bunker.  I've also got some LiPo bags for use on the go. 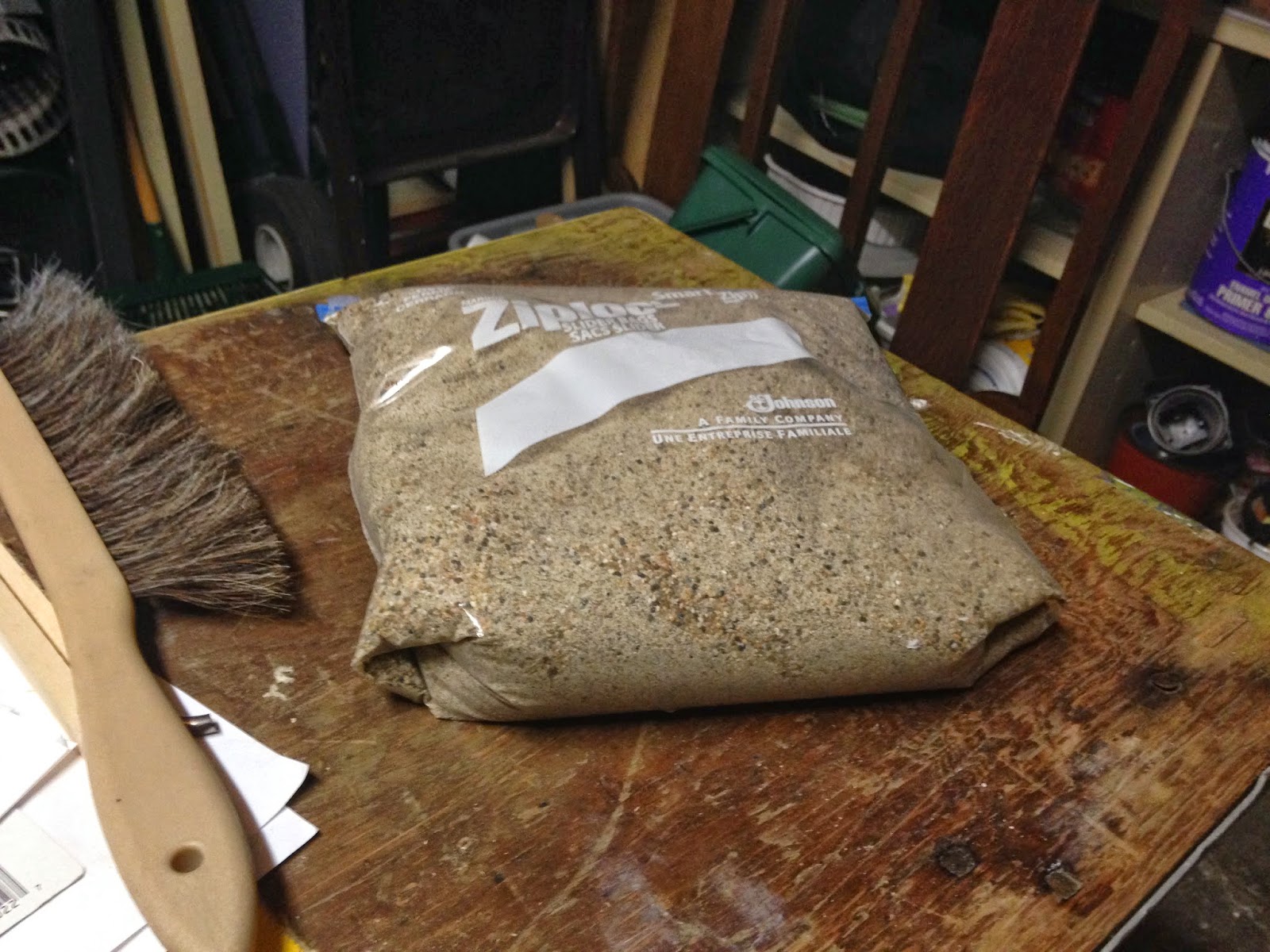