As many of you know, I'm a proud member of the Concord Model Engineers.  You might not know that I'm the Secretary as well, in charge of taking and circulating the minutes.  The club has a lot of great guys who are exquisite craftsmen as well.  Each month I get to see things that (by my standards!) are flying works of art that belong in a museum.  So, I'm going to experiment for the next couple of months... take picture of the Parade of Planes and other interesting things, and post them here along with the minutes of the meeting.  If you're in the East Bay, you should stop in for a meeting!

So, without further ado... 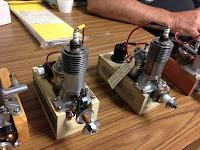 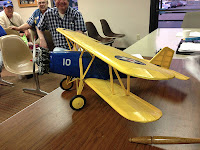 Charlie from Pittsburg, met some people flying in the park.  Brought a scratch built model for show-and-tell. 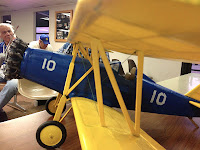 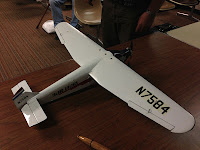 George E. also bought a new trailer with his Grandson, 16 foot with all fancy setup.  Available for rent if you like it!

It sounds like a feast, bring your appetite AND A CHAIR!!! 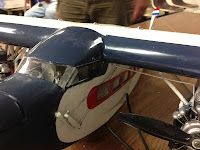 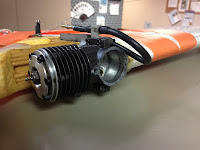 Western State, Concord Model Engineers all did well with many glorious wins!! 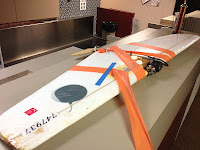 Jim showed some of his new batch of 300 motors.

David showed an article in Flight Journal regarding early flight.

Lee Letchworth got a first place in Eugene Oregon AMA battle and told a thrilling story of 100+ MPH air to air combat.

Howard Joseph shoed a Ford Trimotor, finished in lacquer and polyurethane.  Beautifully finished, with plenty of scale details in the interior.  The control sticks are fixed to the rudder. 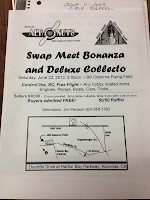 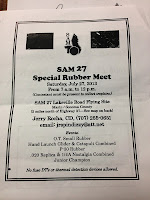 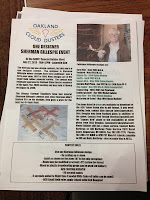 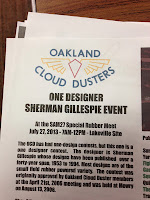 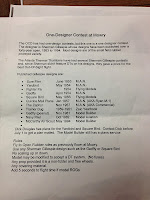