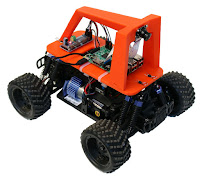 Chris Anderson started DIY Robocars, and Adam Conway and William Roscoe's response is the Donkey Car.  And EastBay RC is building two of them!

In the Nutball thread... 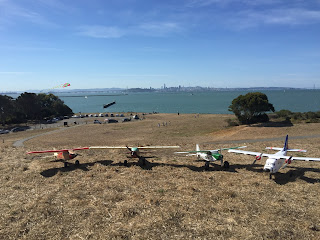 A celebration of Bush Piloting in Berkeley today! 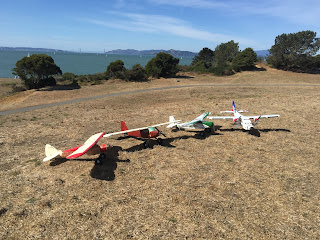 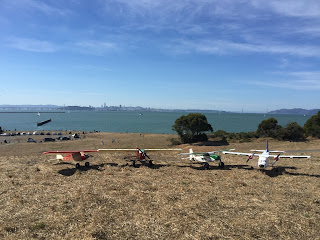 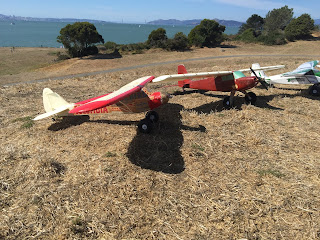 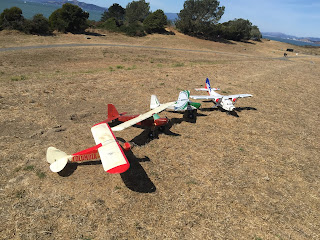 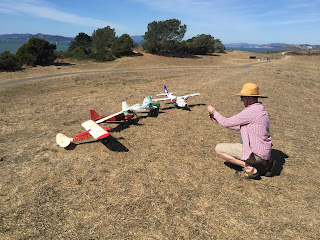 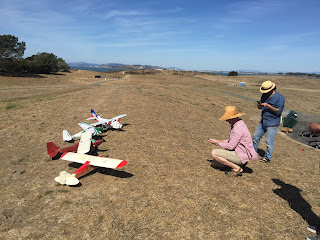 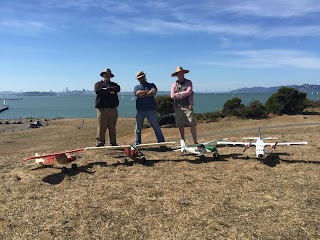 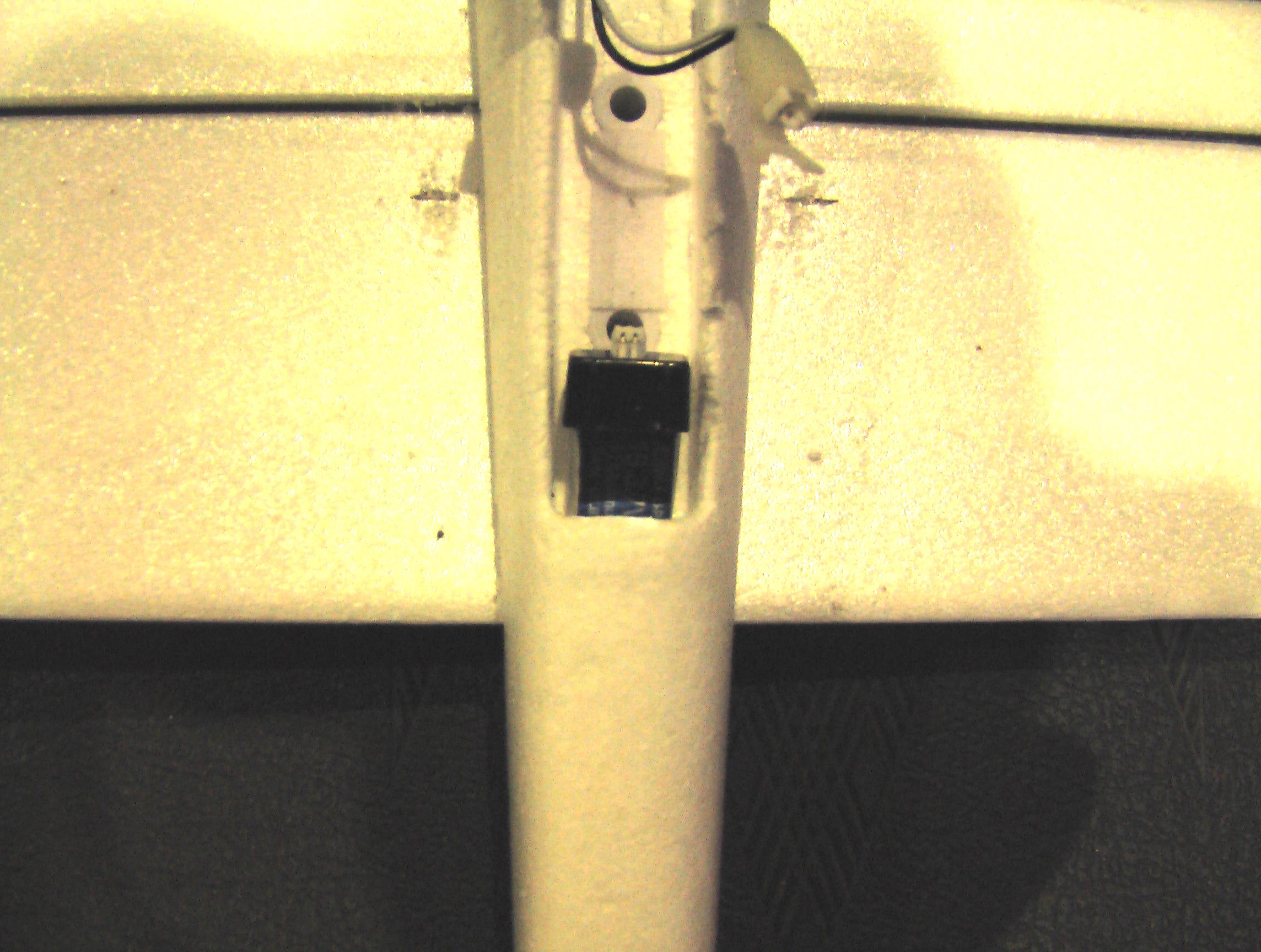 GoldGuy, the inventor of the NutBall, reveals some NutBall tricks and his propensity for poetry:

Take it to altitude with the nose up, instantly give it full down and full left. It will flip over and go into a violent but controllable spin. Hear that sound it makes? It's the only model I know that does it. To slow down it's decent, just cut the throttle. To get out of it, just relax the controls, then feed in a bit of up. Cool eh?

2.  The snap roll is similar. Flying straight and level fed in some up and then do the same, down and left. If you time it right, you'll get one complete violent snap in an instant. Practice at altitude and when you get it right, do it at eye level for best effect and you'll come out looking like a pro.

You will have to move the battery back for a 30 to 35% CG for best flopabatics.

3.  Rolling the NutBall is an easy to do and a basic maneuver. Once you've mastered it, the roll becomes the basis for the snap roll, spins, inverted flat spin (complete with sound effects), the inverted 'elevator', both up and down, plus other silly weird stuff.

When you go out to practice, by yourself seems best and concertrate on the one thing and do just that.

#4 Here's another easy fun one anyone can do, the 'upright elevator', although it's all down elevator, no up. You'll need a rearward CG for this one, but start off with what you've got to see the difference it makes. Gain lots of altitude and point the nose straight into the wind. Now, hit full up and hold, and kill the thottle at the same time (again, it's in the timing) and use just the rudder to keep it facing into the wind. It should float down like a leaf, and with a low wing loading and a nice breeze you can plop it right down on the wheels. You can do this one inverted too.

Most aerobatics it will do
And referring to how it flew,
If someone shouts, "a NutBall, WOW"
I wouldn't bother takin' a bow,
Cause they're probably talkin' about YOU

Here's what you need to get started in Remote Control Aeromodelling!  This is everything you need except for actual aircraft.


Transmitter and Battery (one each)


4-Channel Receiver and Voltage Sensor (one each, for each model)


8-Channel Receiver (if you need more than 4 channels)

Get one of these instead of the 4-channel if your model needs more than 4 channels.

The above Charger doesn't include a power supply.  You can use an old PC power supply or laptop power supply if you've got one.  If not, this one will do what you need. 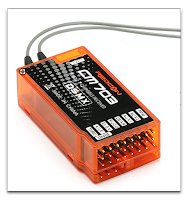 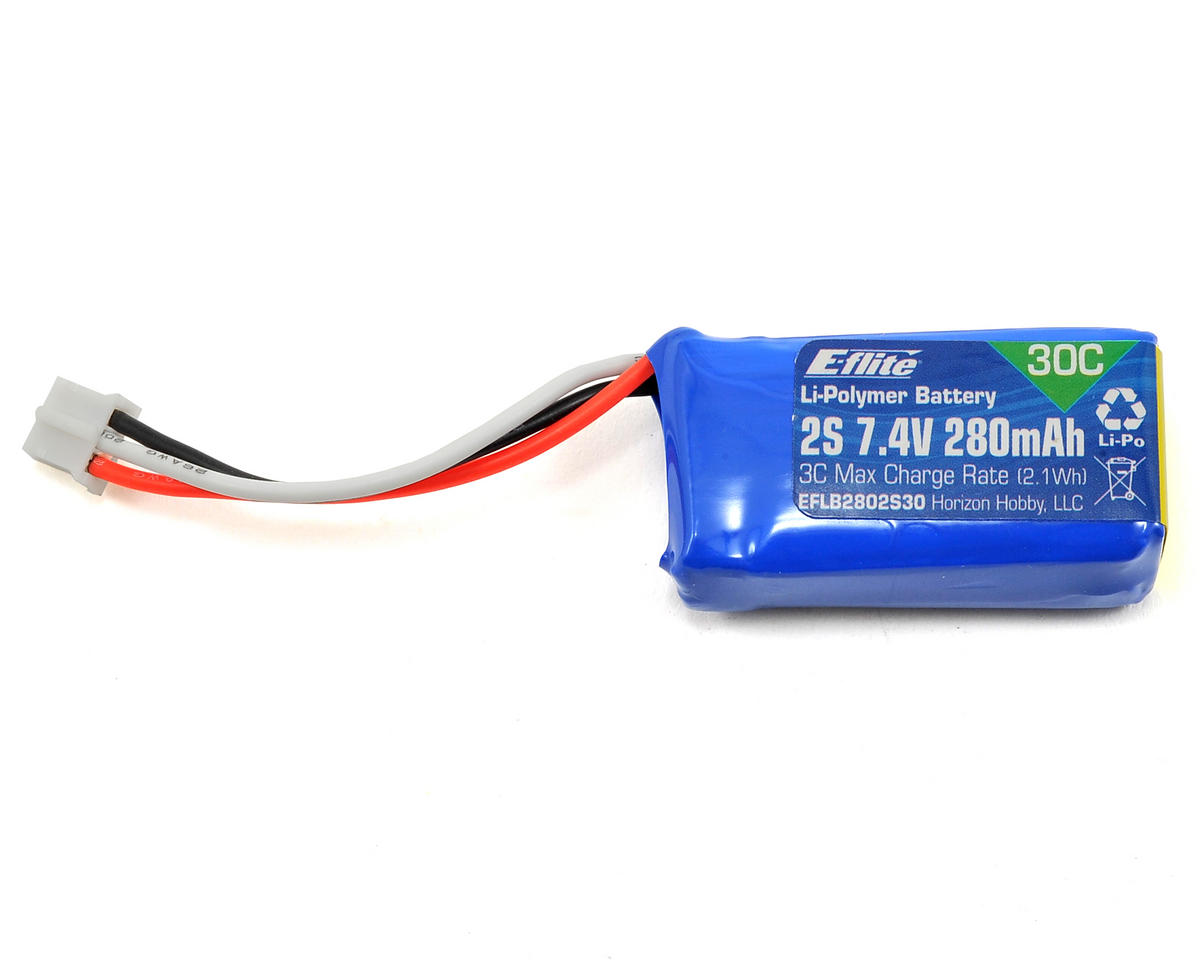 Got my Select Mini running, here's some notes.


Install Cura, and add Bob's files to the appropriate places in /Applications/Cura.  You should see the Mini as a printer option in Cura, with 100 micron and 200 micron configurations.

Install Cura 2.4 and before running:

Control your printer with a computer GUI.  Cross platform.