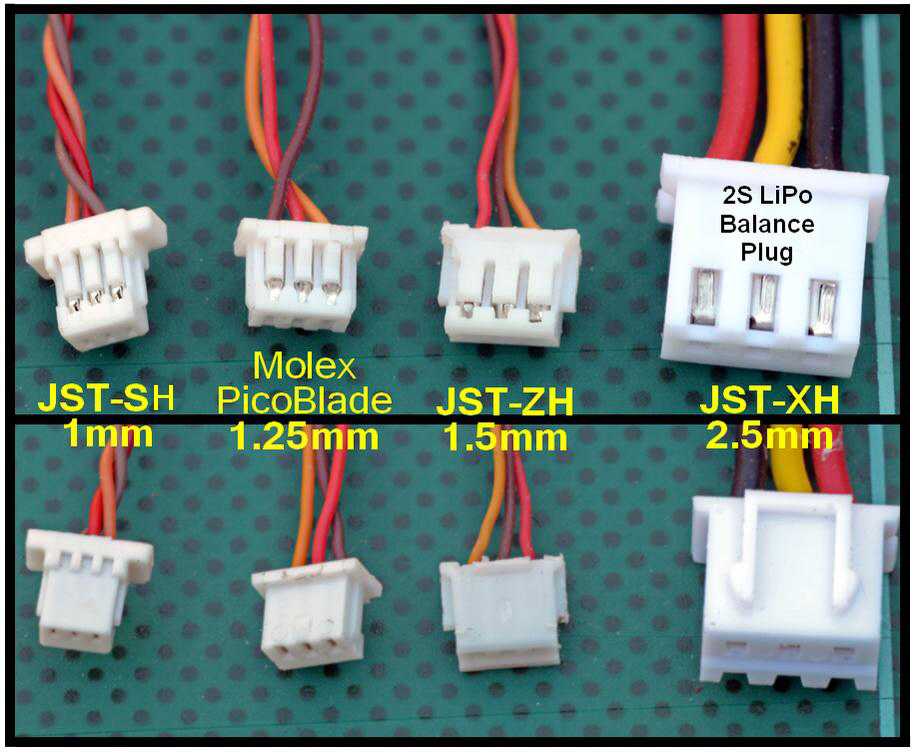 Now that I've got my new micro-crimper based on jj604@rcgroup's suggestion, I find that he's got a thread discussing the naming (and mis-naming!) of various small connectors.  There's lots of good stuff there, including pointers to datasheets; here's a snippet.

JST-XH is 2.5mm pin spacing (same as 0.1inch for all practical purposes)
Not micro size but very common. Used in most balance plugs on LiPos and is the "standard" header spacing in many electronic components including PCs. The standard Futaba/JR style servo plugs are this spacing.

JST- ZH is 1.5mm pin spacing
Used in the Spektrum AR 6300 system and a compatible DSM2 Rx from DelTang (DelTangs are available with all 3 connectors).

Molex PicoBlade is 1.25mm pin spacing.
Used in Futaba, FlyDream, Walkera and the new Hobby King Micro (DSM2) 2.4G systems. The HobbyKing 1.7 and 2.2g Servos have this connector. The 2 pin version is used on the PZ bricks as a battery connector.

JST-SH is 1.0mm pin spacing.
Used for servo connection in Spektrum AR6400 "Brick" and the HobbyKing SuperMicro (not DSM2) systems. Most linear servos have this connector.

You should always check the wiring polarity is also correct. Vendors have had a habit of producing connectors with the wiring swapped around. 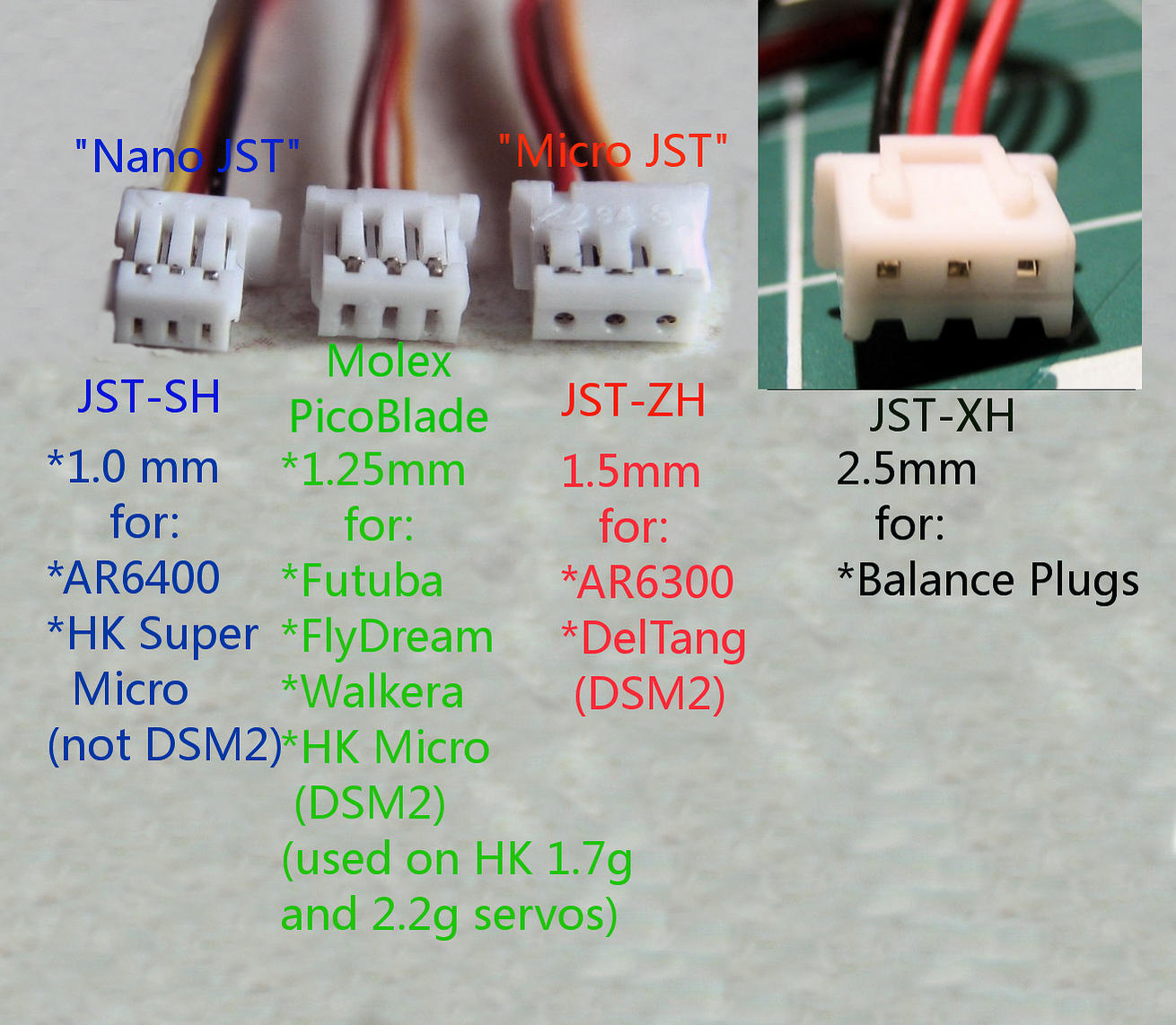